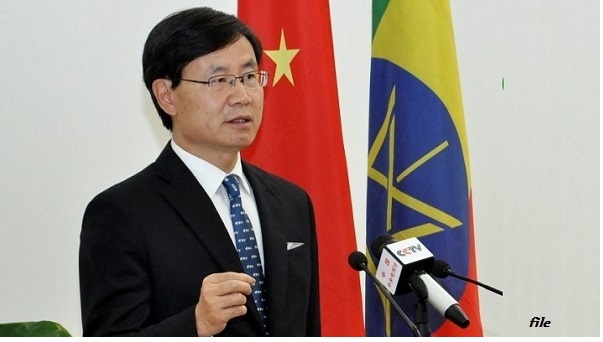 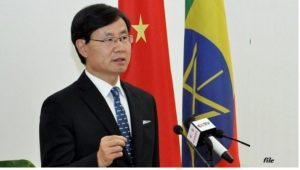 As China-Africa cooperation has entered a new phase in improving quality and efficiency, Ambassador Jian stated that the summit will translate the two parties’ desire into a pragmatic cooperation with substantial actions.

Briefing local and international media on Thursday, the ambassador added that   numerous African leaders, more than 27 international and African regional organizations would attend the summit.

The Forum to be held in Beijing early September is a concerted demand by both Africa and China to renew the call for a strong community with shared future between the two sides, he added.

“China and Africa have so far maintained a community with shared future, characterized by natural amity and numerous common grounds facing the challenge of profound and complicated vicissitude in the international situation,” he stressed.

Ambassador Jian emphasized that China is strongly desirous to ensure strong partnership with Africa in facing the challenges that the parties would encounter in the modern epoch.

“China is willing and ready to align the Belt and Road Initiative with Agenda 2063 of the African Union, the UN 2030 Agenda on Sustainable Development and development strategies of respective African countries and is ready to vigorously promote the connectivity in the field of policy, infrastructure, trade and financing for the purpose of exploring new dimensions and inputs for development and prosperity of Africa”, he stated.

During the upcoming summit, some 14 sub-forums and sideline events would be held, focusing on people-to-people exchange and cooperation on youth, civil organization, think-tanks, media and poverty reduction.

Stating the positive role and valuable contribution Ethiopia has made as the first African co-Chair for FOCAC, it could be a model for China-African cooperation, Ambassador Jian indicated.

“In recent years, China- Ethiopia relationship has enjoyed holistic and rapid development with deepened reciprocal cooperation in all fields. Ethiopia has become a pilot and exemplary country for China-Africa cooperation in industrial production and road construction initiatives,” he underscored.

The Ambassador further stated that Ethiopia will remain a potential Chinese investment and tourist destination that the Asian country is keen to exploit abundantly.

Responding to the question about Ethio-Chinese relations after Prime Minister Abiy Ahmed has come to office, the Ambassador said the multi-faceted bilateral ties between the two countries “is in a very good momentum”.

He also said that Prime Minister Abiy will have a bilateral discussion with Chinese President Xi Xi Jinping on ways of consolidating multilateral partnership alongside the forum.

Forum on China- Africa Cooperation (FOCAC) will be held from September 3 to 4 under the theme of “China and Africa: Toward an Even Stronger Community with Shared Future through Win-Win Cooperation”.