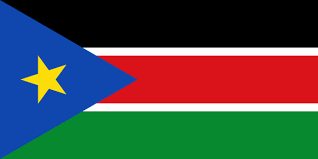 A spokesperson for Qatar’s foreign ministry denied claims on social media the ambassador had been recalled and said it received official notification only that he was on “short leave”.
Image: File Image

Sudan’s ambassador to Qatar has returned to Khartoum for consultations, the foreign ministry said Saturday, with the envoy set to fly back to Doha soon.

The diplomat was summoned “to Khartoum for consultations and…will leave to Doha in the coming hours” to resume his work, Sudan’s ministry said.

Earlier in the day, a spokesperson for Qatar’s foreign ministry denied claims on social media the ambassador had been recalled and said it received official notification only that he was on “short leave”.

Sudan’s decision to summon its ambassador came after the country abruptly shut down the office of Qatari broadcaster Al Jazeera on Thursday without giving a reason.

The news channel, which regularly broadcasts footage of demonstrations that have taken place in Sudan since December, is funded by Doha, a close ally of former president Omar al-Bashir.

The ruling military council’s head Abdelfattah al-Burhan is currently in Saudi Arabia after travelling for a string of summits. He has already visited Egypt and the United Arab Emirates.

Saudi Arabia and allies including the UAE and Egypt, broke off diplomatic ties with Doha in 2017, accusing it of supporting terrorism, which it denies.

Sudan’s generals, backed by key Arab powers, have resisted calls from African and Western governments to hand over the reins of power.

Thousands of protesters have remained camped out in front of the army headquarters in Khartoum to pressure the military to cede power.