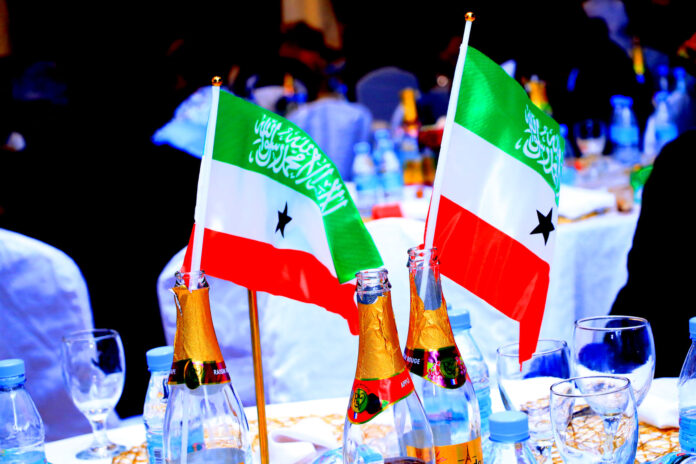 The international community’s engagement with the government of Somalia and their reluctance to validate Somaliland’s inalienable right to sovereign nationhood is being challenged by the realities on the ground in the breakaway republic.
When the military dictatorship collapsed over thirty years ago, the international community used every trick in the books to recreate Somalia in their own image, without understanding the history and the dynamics of the social-cultural nuances of the Somali people. From Operation Restore Hope to UNISOM and AMISOM initiatives that followed, Somalia is no better today than it was when the international community rushed to salvage its hapless people. The only difference is that tens of thousands of lives are lost, and billions of dollars are embezzled and wasted.

Currently, Somalia’s federal member states and the central government are at loggerheads over indirect parliamentary elections that continue to bring the nation into the brink of a civil war.
In September 2020, the Acting Deputy Representative of the United States to the United Nations, Ambassador Cherith Norman Chalet, released a statement which was a damning indictment of the United State’s fruitless efforts to stabilize the situation in Somalia. She told the Middle East Monitor that her country had spent nearly $3.5 billion to restore Somalia’s security over the past two decades, without achieving any results.
Still, the international community continues pouring cold hard cash into a government that Transparency International, which is a global civil society organisation leading the fight against corruption, consistently rates as the most corrupt government in the world.

If anything, the international community’s ineptitude emboldened Villa Somalia to drive the country deeper into a quagmire. It bolstered a blatant expression by some at the highest echelons of the Mogadishu administration to continue their corrupt practices; persist to undermine the country’s provisional constitution and institutions; and engage the unethical members of the so-called House of the People whose votes on important national matters are traded like stock market shares on the floor of the nation’s most sacred institution.
A stark contrast to the Somalia situation is a nation called Somaliland that lies to the north which gained its independence from Britain but entered a hasty, but voluntary and nonbinding union with Somalia, which was then a territory that is under Italian Trusteeship.

The nationalistic atmosphere that prevailed in British Somaliland, the Pan African movement and the enthusiasm that abounded the continent in the year of African independence (1960), coupled with the lofty ideal of laying a foundation for Greater Somalia convinced the people of the British Protectorate to support the unification that happened between the two territories sixty years ago.

Unfortunately, the people of Somaliland watched and lived through the horrific legacies of the failed union that had a destructive impact on the people of Somaliland.
Somaliland reclaimed its sovereignty and broke away from Somalia in May 1991. It charted its own course and, in the process, avoided much of the conflict experienced by Somalia. It established an independent government which utilized a hybrid type of governance that is unique in the region and fulfilled the requirements for statehood as laid out in the 1993 Montevideo Convention on the Rights and Duties of States.

Somaliland has just successfully concluded municipal and parliamentary elections in which international observers from twenty-six nationalities and international and regional organizations certified as free, fair, and credible.

Michael Horton, a foreign policy analyst, asserted in an article published in the American Conservative on July 15, 2020, that unlike Somalia, which has received billions of dollars in aid over the last two decades, Somaliland largely relied on its own resources.

Horton added that this has fostered independence and resilience that influence the way Somaliland does everything from conducting foreign policy to successfully combatting terrorism.
“Instead of supporting a country that achieved a high degree of stability in a troubled region, the U.S. continues to spend hundreds of millions of dollars supporting the government of Somalia”, Horton contended.
For Somaliland, however, there appears to be a light at the end of the tunnel. Some in the international community are warming up to the fact that the country’s commitment to freedom, democracy, justice, and the rule of law requires the attention that it deserves.