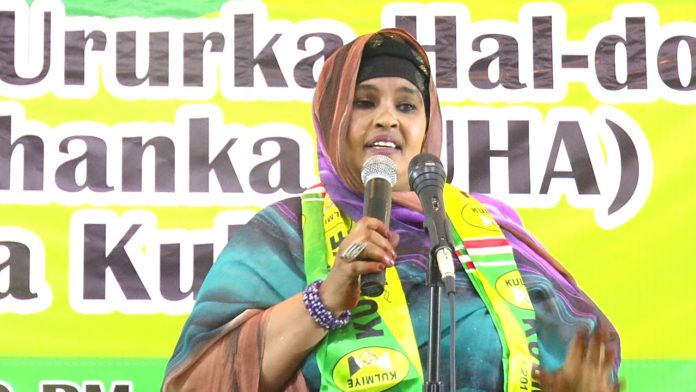 Lul Hassan Matan has faced hostility, harassment, and detention in her lifelong struggle to help street children in Somaliland.

A mother of six, Lul’s mission to provide shelter, love, and care to abandoned and vulnerable children in Hargeisa has earned her the nickname of ‘mother of homeless children’ among those who know her.

But she has not always met with warmth and support from society.

She built the Mohamed Moge centre for street children in 2009 with contributions from relatives, traders and local companies such as Dahabshil and Telsom, selling her own land to raise enough to open the home.

“Immediately people started rumours that the children would be trafficked and taken to Mogadishu and sold to foreign,” Lul said. “People said we were doing it for money. Clerics preached against us everywhere, but later on, when everyone had visited the centre, they understood.”

Lul’s centre succeeded in reuniting 130 children from the streets with their families.

However, in 2013 the Somaliland government decided to take over the centre. Lul was detained for seven days after refusing to hand it over. Eventually, she had no choice, although around 150 children living in the centre ran away because they did not trust the new management.

Lul went on to form a local charity called SOCWER, working for child welfare and the rights of abused children. She also works in support of women and minority communities.

She is now standing for election to the post of mayor in Borama, where she is busy trying to establish a care home for street children.

“If God helps me to win, I want to do much for the society, to protect the rights of the poor, but if I lose, I will engage in humanitarian activities,” said Lul, who is among a group of 10 local women lobbying for more female positions in the Somaliland government.