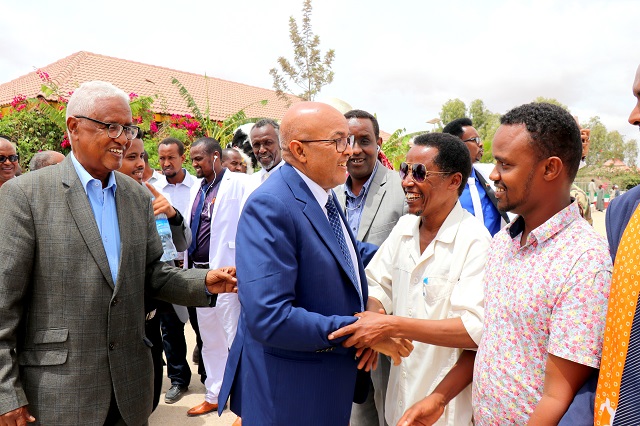 Wadani opposition leader said that the joint agreement reached by UCID & Kulmiye was the death certificate of parliament and local council elections and above all, the Somaliland democracy.

The ex-parliament speaker urged the populace to remain united at this critical time.

The current Wadani chair made the above remarks yesterday at Egal airport where he returned home despite months of absence from Somaliland politics.

He said that astonishing events transpired while I was out of the country.

Mr. Irro spoke of the unspeakable acts where police used excessive power to evict families from the land where the new presidential palace will be built.

He took as instance the mothers who were forcefully ejected from their residences as their cry for help reached the corners of the country.

He also said that the current leadership arresting and torturing reporters.

Mr. Irro said that Somaliland must belong to all people and not certain individuals.

He took the same stance that his party expressed over the recent deal between UCID and Kulmiye which ended months of election uncertainty.

He strongly opposed to the deal.