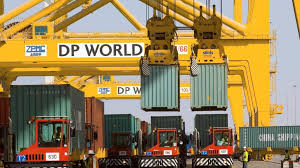 The Deputy President of Somaliland has said that DP World will commence the rebuilding and restoration of Zeila port as this was part and parcel of the agreement that SL inked with Dubai Ports World. The Vice President, Hon. Abdirahman Sayli’i made the above remarks while in attendance the 28th independence anniversary that was held at Borama, Awdal’s provincial capital on Saturday.

The VP has asserted clearly that once DP World concludes the modernization of Berbera port, then it will commence the rejuvenation and revamp of Zeila Port in Salal region. The DP has further revealed that Ethiopia is well informed about the reconstruction of Zeila port. He stated that after 10 years of accomplishment of its mission in Berbera while Berbera port usage reaches up to 75 %, the next port to develop in Somaliland is Zeila.