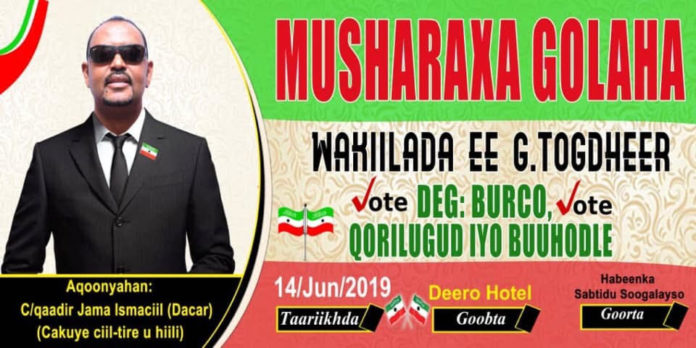 BURAO–Somaliland security forces on Saturday detained Mr. Abdikadir Jama Ismail aka “Da’ar” in Burao. The detained individual holds dual nationality of being Somalilander in the first place and being British citizen. Mr. Abdikani held a ceremony in which he announced that he will be contesting the upcoming parliamentary elections that is slated to transpire in Somaliland in late 2019. The candidate has been in Somaliland recently but it is reported that he was arrested on terrorism links in the UK many years ago. Somaliland intelligence agencies in conjunction with British espionage  agencies have been snooping on his moves and were keeping him on watchful eyes despite his links to terrorism organizations.