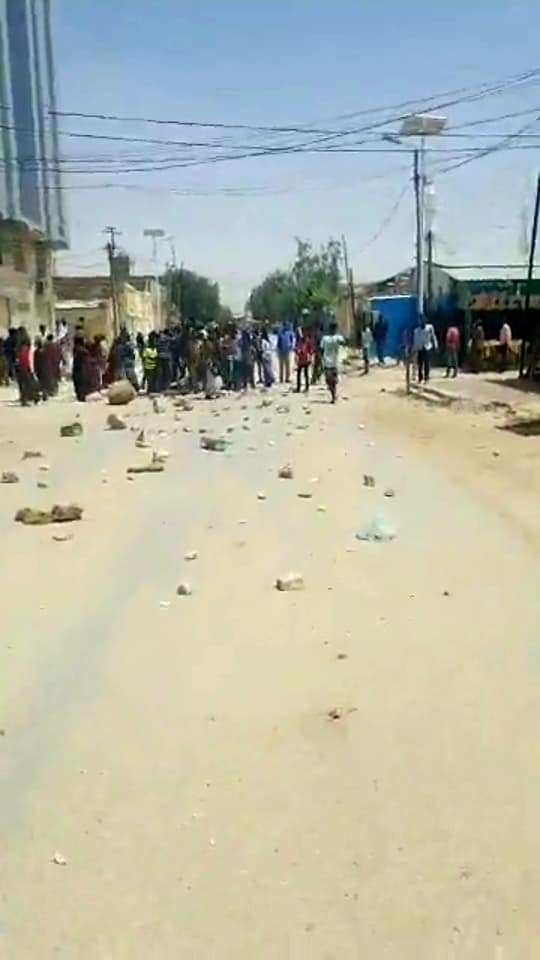 Three battle wagons belonging to the insurgents headed by the renegade Col. Aare entered in Erigavo, the provincial capital of Sanaag on Wednesday.

The rebel soldiers clashed with Somaliland troops stationed in Erigavo.

Reports confirm that both sides used heavy artillery that left behind a lot of devastation.

It is reported that houses demolished after the shelling, many people were injured.

Electricity and telephone lines cut off from the residents in the city.

Somaliland troops managed to flush out the insurgents from the township.

Residents rallying behind Aare’s insurgency clashed with Somaliland troops in Dhoob which lies 40 km away from Erigavo.

Then the rebel soldiers from Aare’s insurgency were seen in the heart of Erigavo.

The rebel soldiers left from Erigavo and is being reported that they want to establish bases in the hills nearby Erigavo. Tension is still running high in Ergiavo.