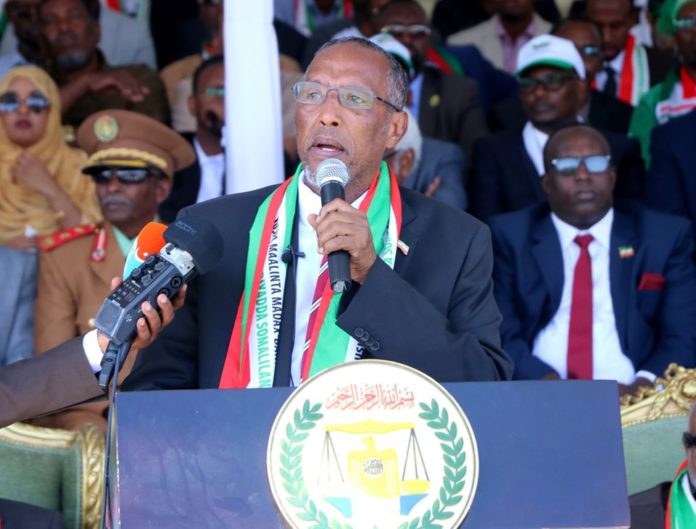 The President of Somaliland Musa Bihi Abdi on Saturday has announced that his administration is willing to live in peace with Puntland. The Head of State has also announced that his administration is about to release prisoners of War who were captured during Turkaraq skirmishes between Puntland forces and Somaliland’s National Army. Mr. Bihi has urged that his Puntland counterpart should also release Somaliland prisoners of war. He said that Somaliland is committed to live side by side in peace and tranquility with Puntland.