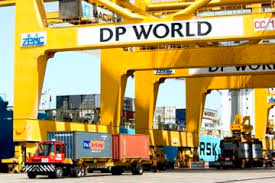 Somaliland has asked Somalia to keep off the developments of the Port of Berbera by the United Arab Emirates company DP World.

Somaliland liaison office in Nairobi speaking on behalf of the government said Somalia had no moral authority interfering with the expansion of the Berbera Port and building of the Berbera corridor by the UAE firm.

The Somaliland government was reacting to a statement by the Somalia minister for Foreign Affairs Ahmed Isse accusing DP World’s continued operations in Somaliland as a danger to his country.

The Somalia minister said: “DP-World has endangered the Unity of Somalia and has never stopped interfering in our country. We are ready to defend our country from DP-World as any other enemy,”

The Minister warned the government of UAE to Stop the DP-World Company from interfering in “our Country so that the relations between the two countries remains normal.”

But in a terse rejoinder, Somaliland maintained it was not part of Somalia and will continue working with the UAE and other international partners.

“The government of Somaliland is disturbed by comments from Foreign Minister of Somalia accusing our development partners Dubai Port World of endangering “Stability” in Somalia and interfering with the country,” said the statement from Somaliland government.

“We are shocked that a person of the level of a minister can make such remarks knowing clearly Somaliland and Somalia have been two separate countries since 1991.”

Somaliland government said it parted ways with Somalia and charted her path which was to develop their country building relations with friendly countries like the UAE and others.

“We set our goal to develop our country Somaliland and work with like minded Nations and institutions that were keen on helping our beautiful country ruined by former Somali dictator Siad Barre.”

“We (Somaliland) are still pained by the loss if lives and property during the massacre meted on us by the Somali regime which we forgave but will never forget.”

Somaliland said the comments by the Somalia minister was in itself an interference with the internal affairs of Somaliland.

Somaliland said  Somalia should focus on their affairs as a country and work towards finding internal peace which has been lacking for years.

“It remains clear that while Somalia accuses our development partners of interfering with stability in their country, the situation on the ground is actually the opposite.”

“Somalia has continued to interfere with Somaliland affairs to a point of creating a wedge between us and our foreign friends. We will not allow this to happen because we have worked so hard to gain respect in the region and globally thanks to the democratic and diplomatic approach practice by our government.”

Somaliland and Somalia have been at crossroads since the former, seceded in 1991 forming its own independent government. Somaliland has its own military and currency and has unsuccessfully pushed for international recognition.

Meanwhile, Somalia still maintains Somaliland is part of its regions.

Talks between the two countries pushed by the international community and the United Nations have bore no fruits.