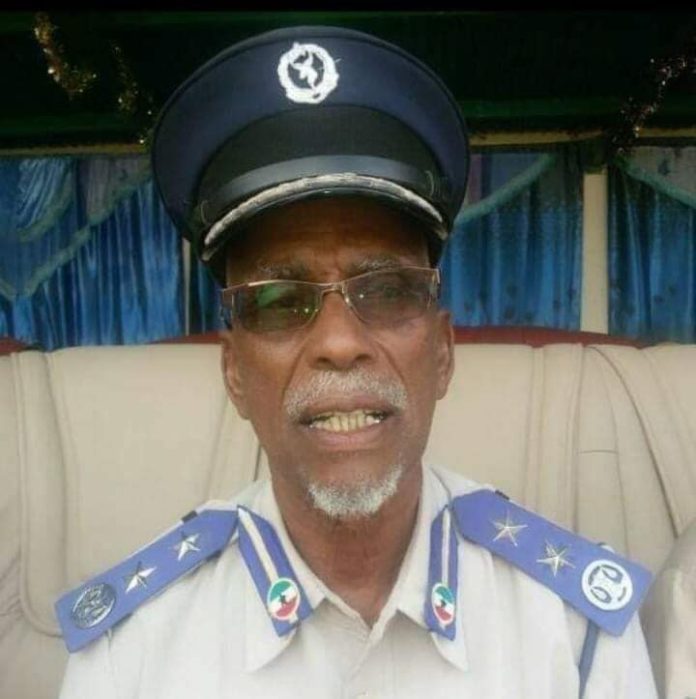 The life and work of the late Col. Yusuf Oday was best described in the words of condolences in his tribute and eulogies given at his graveside.

The President H. E. Musa Bihi Abdi sent his personal condolences, as President and Commander in Chief of all armed forces and on behalf of the nation to the family, relatives, friends, all arms of the security services, elders, intellectuals and to the nation at large, on the demise of the late Col. Oday.

The President described the deceased as a pillar in the security arms who played a major role in the country’s liberation and re-assertion of its independents.

He noted that important tasks he performed in the restructuring of the nation’s police department hence how he devoted his entire life to the perfecting of the department’s services.

His words were echoed by interior minister Hon. Mohammed Kahin Ahmed who added that the late senior policeman was a man of virtue who practiced righteousness.

National Police Commissioner Major General Abdillahi Fadal Iman likewise spoke well of the late official and cited his personal righteous conduct as something that was witnessed at all times by all those acquainted to the deceased.

The burial was attended by a large multitude of mourners who held the late Oday dearly.