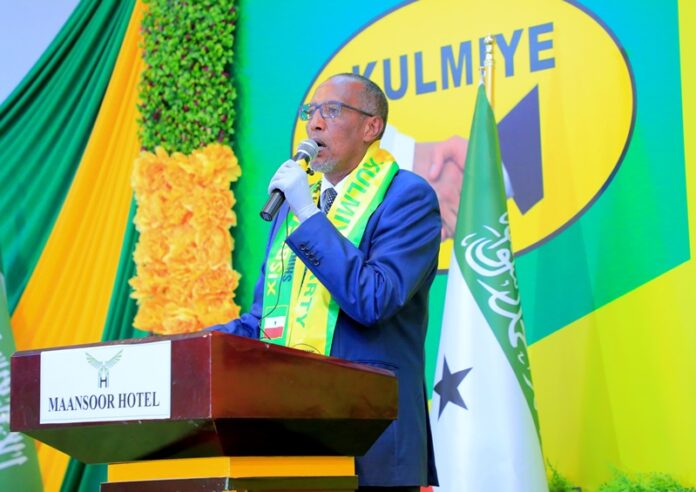 Somaliland’s ruling party-Kulmiye has wrapped its three day General Assembly where they have endorsed unanimously the new central committee members.

Yesterday the party elected top five seats of the party.

The last day of its General Assembly held at Mansour Hotel, the party elected the new central committee members and will be operational for the five years to come.

The ruling party Kulmiye has declined to identify their names. 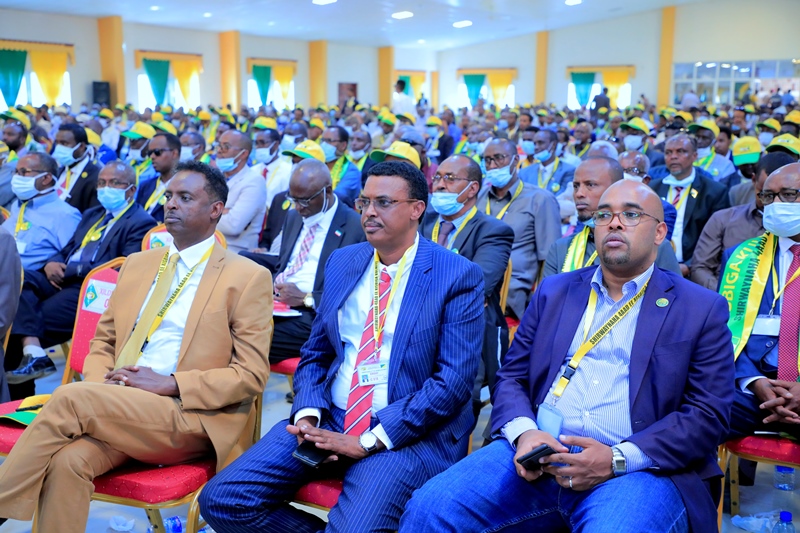 Having Kulmiye wrapped up its 4th General Assembly, this means that the party is gearing for the upcoming elections in Somaliland as they have rallied behind the top brass leadership of the party plus the central committee members.

President Bihi is due to appoint the party’s secretary general but it is not yet clear when he is going to announce the nomination.

The Head of State Musa Bihi Abdi has called on the int’l community to give more attention to Somaliland’s sovereignty and should not turn a blind eye.

The deputy Somaliland President Abdirahman Sayli who dropped out of the race for party leadership in 2020 said that the political parties should be able to eliminate tribalism from the country.