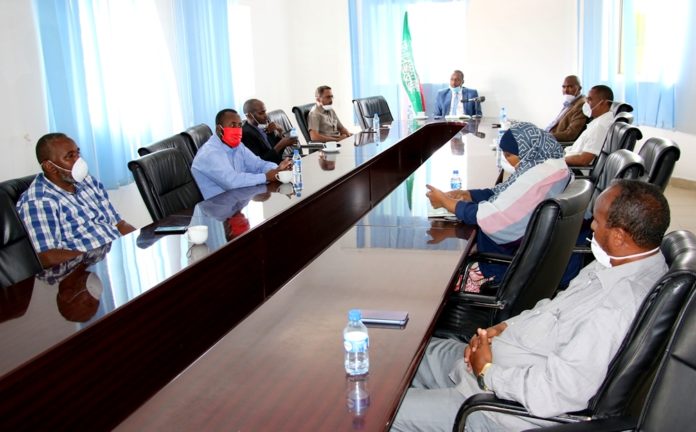 The Director General in the Ministry of Transport and Road Development, Mr. Omer Abdillahi Aden today in his office met with representatives of Horseed Public Transport Operatrs plying regional routes.

The Ministry of Transport officials and the public Transport Operatrs discussed ways to implement the directives of the National Committee on the Prevention of COVID-19 which calls for the reduction by 50% the passengers on all public transport vehicles plying upcountry routes.

Mr. Mohamed Osman, the Chairperson of the Horseed Public Transport Operators said, ” We have agreed to implement the directives of the government of Somaliland and from now henceforth we shall be reducting the number of passengers traveling on every public Transport vehicles by 50%, for example vehicles whose capacity was 30 passengers will now carry 15 passengers maximum.

Mr. Abdiwahab Egge speaking on behalf of Transport Operators said , “We have also agreed to raise the price of transportation so as to cover the expenses incurred and that means we shall raise the fares to this for example the Transport fare to Burao is currently $6 will now be $9 or Borame which used $5 will be $7 or places like Garowe which used to $25 will now be $30 for the duration these measures are in place and once this measures are lifted we shall return to the normal fares.

Mr. Mohamed Osman further said, ” I would like to use this opportunity to appeal to our esteemed customers to bear with us on the current changes which are meant to safeguard their welfare and health, May Allah save us from this calamity. 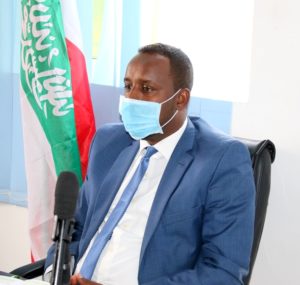 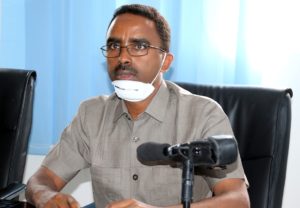 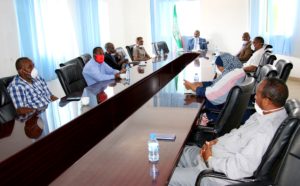 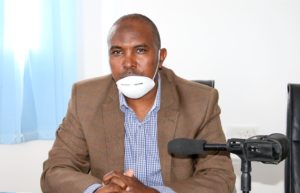