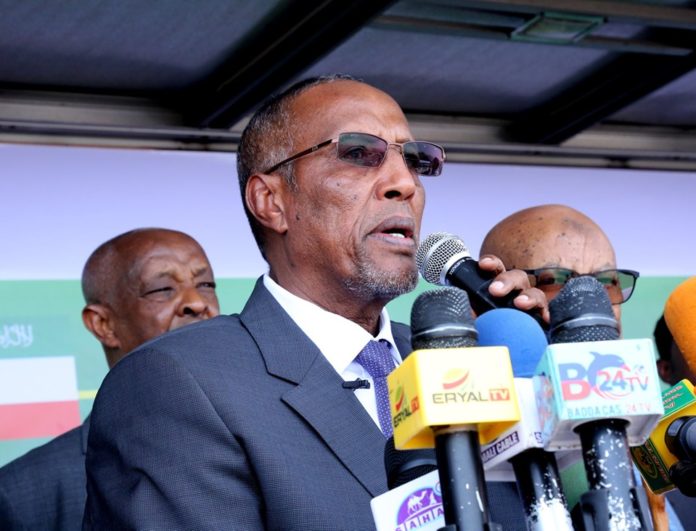 Somaliland leader His Excellency, Musa Bihi Abdi and his accompanied delegation to Guinea Conakry trip returned to Hargeisa on Sunday and received a hero’s welcome. President Bihi has revealed that they met with Alpha Conde, the Guinean leader. Mr. Bihi has noted that diplomatic pressure from Villa Somalia via the Italian gov put pressure on Alpha Conde but did not bowed to the pressure from Italy. The Guinean leader once he attended at the African Union Summit in Niamey, he publicly said that Somaliland case deserves to be heard and the decision is up to us. The president of Somaliland said that he met with Ethiopian foreign minister, Gedu Andargachew, and the finance minister, Mr. Ahmed Shide. He also disclosed that the newly appointed Ethiopian army chief who was on inspection duty spoke to him through the phone and this shows that the Ethiopian gov has a tremendous respected for Somaliland. Mr. Bihi has also stated that he held an impromptu meeting with Chadian foreign affairs minister on his stopover at Addis Ababa. The president and his delegation gave an in depth explanation to the Chadian FM on Somaliland’s case and its quest for an int’l recognition. The diplomatic isolation that Villa Somalia has employed in to undermine Somaliland will not bear fruit and the public of SL won’t bow to their pressure whatsoever. Somaliland defeated the robust Somali army which many military analysts described as the second super power in Africa during the 1970 to 1990.s before the collapse of its military gov headed by the late deceased president Said Barre in 1991.