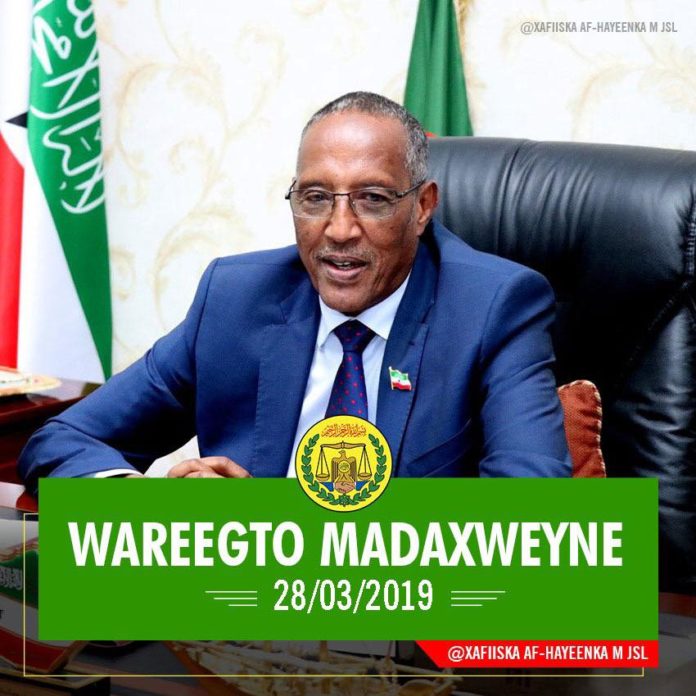 Somaliland President Mr. Musa Bihi Abdi on Thursday has dismissed the custodial corps chief. The presidential decree announcing the immediate removal of General Mohamed Osman Ibrahim aka “Xudhun” did not give any reason. The Head of State has named Mr. Ahmed Awale Yusuf to succeed from his predecessor who was sacked without clear reason being cited for his dismissal. The presidential decree stated that having the president made a full consideration in article 90 of the nation’s constitution, having satisfied with the education and experience of Mr. Ahmed that he decided to nominate him as the new head of custodial corps. The ex-custodial corps chief was thanked for his services and was requested to hand over office to his successor. In addition, the Head of State has also appointed deputy manager for Berbera Oil Terminal. In a presidential decree, the president named Mr. Arfan Hamud Abdo as the deputy manager for Berbera oil Terminal.