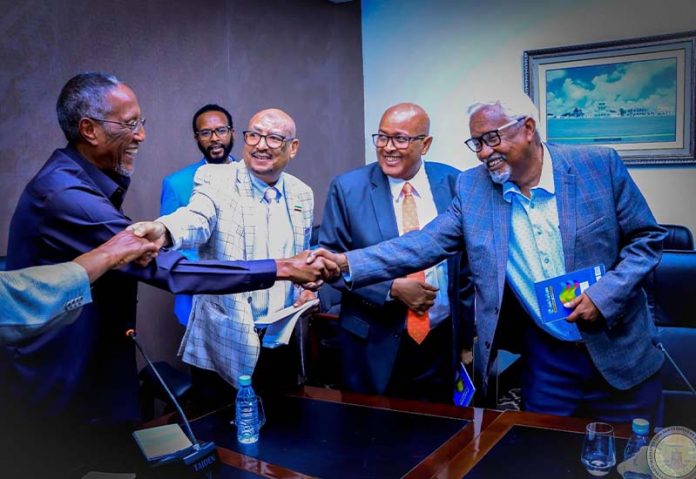 Leaders of Somaliland’s opposition parties met on Wednesday President Muse Bihi Abdi for the first time in months amid a political impasse that fueled tensions over an upcoming presidential vote.

It followed a mediation undertaken by traditional leaders, who succeeded in ensuring the release of detained opposition figures from a high security prison near the port city of Berbera on Tuesday.

The meeting held at the presidential palace was facilitated by the speaker of the House of Elders Saleban Mohamud Adan after both sides showed they were open for talks to end the prolonged dispute that risks delaying the upcoming election.

Officials of Waddani and Ucid opposition parties, including Faysal Ali Warabe, Abdirahman Irro and Hersi Ali Haji Hassan said they had given elders confidence to lead the mediation and would welcome any effort aimed at bringing an end to the current tensions.

Somaliland President Muse Bihi Abdi said he is ready to listen to the grievances of opposition parties to reach an amicable solution to avert political crisis in the relatively stable state of Somaliland, which has been seeking an international recognition for more than thirty years.