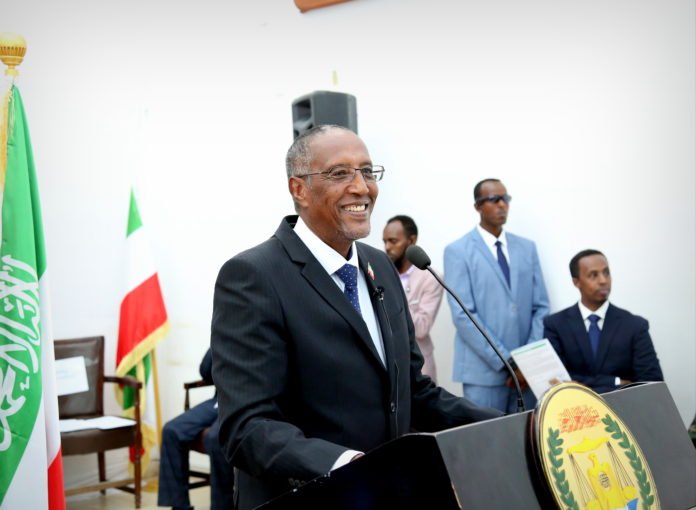 President of Somaliland Musa Bihi Abdi has announced opening a new cycle for the formation of new political associations from which the top 3 winners in the upcoming polls will qualify for national party status.

The president has made the announcement in his state of the nation address at the joint parliament session today.

The president has repudiated the speculated visit of Somalian president, Farmajo to Somaliland. He has dispelled rumors circulated in the social media saying that a joint visit by Ethiopian PM, Abiy Ahmed and Somali President Mohamed Abdilahi Farmajo set to visit Somaliland.

The president has also spoken of the recent meeting between him and Farmajo in Addis Ababa.

Bihi said the meeting discussed with Abiy Ahmed, Ethiopian PM to mediate between Somaliland and the Somali Federal Government.

He has welcomed Farmajo’s apology for the 1988 atrocity in Somaliland.