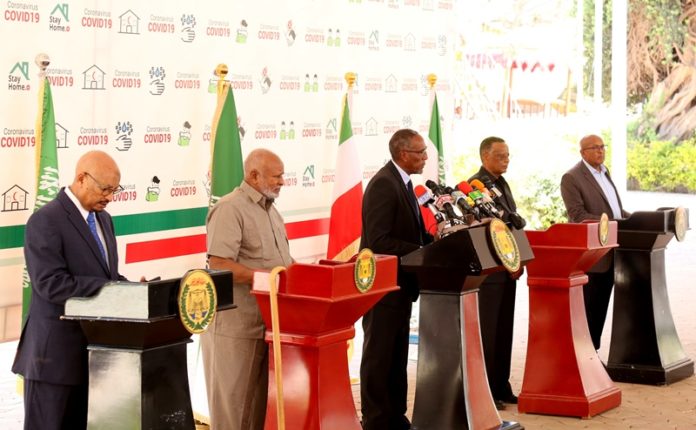 The President of Somaliland H.E Musa Bihi Abdi flanked by the leaders of the opposition parties, the chairman of Wadani party, Abdirahman Mohamed Abdilahi Irro and the Justice & Welfare Party, Faisal Ali Warabe, the Speaker of House of Representatives, Bashe Mohamed Farah, the Speaker of the House of Elders, Suleiman Mohamud Aden, held a joint press conference at the office of the presidency on Thursday to convey messages directed to Somaliland populace.

The leaders have spoken of Somalia-Somaliland dialogue which is stalled at the moment. They have also spoken of who is entitled to speak about the dialogue and represent SL at the negotiation table.

The leaders have sent clear messages addressed to the public in the fight against the spread of the deadly coronavirus pandemic.

The Head of State of Somaliland and other leaders have called upon the public to comply with the guidelines and preventive  measures  provided by the National Emergency Committee on novel Coronavirus.

They have also urged the public to think about their safety in the first place and that of the public at large.

The leaders have jointly conveyed stern warnings that the traditional leaders must stay away local politics.

It was a couple of days once sultans and elders have spoke to the media outlets and called on the government of Somaliland to include into the delegation that will attend the stalled talks between Somalia & Somaliland.

Somaliland populace gave the mandate to speak on behalf of the state on political issues.

The chairman of Wadani party, Abdirahman Mohamed Abdilahi Irro, has called on the public to closely follow the advice and guidelines provided by the committee against the novel COVID-19.

“I call upon the public to take heed to the orders provided by the Task Force. The pandemic is spreading at an alarming rate. The people affected by the pandemic in neighboring countries are increasing. We are not different from them. We have to exercise maximum precaution and must abide by the guidelines. The government must oversee the enforcing of the orders and guidelines.” said Irro

The chairman of Justice & Welfare party, Faisal Ali Warabe, have sent a clear message to the traditional elders who got involved in local politics in recent days.

“I call on the elders to stay away from politics and focus on tribal responsibilities that they have been chosen for.” Siad Faisal

The Speaker of the House of Reps. has hailed the request submitted by the president and political parties.

The president along with opposition groups have re-submitted the request to approve the two nominees of the political the political parties that have failed to secure the vote of the parliament to become NEC members.

” The House of Reps. is an independent legislative body but we are contemplating the advise from the parties , the president and the elders. Once the house returns from recess, the house will be ready if you want to re-submit the previous nominees or you want to table new one. The house is ready to pass so that the NEC members will complete.” said Bashe

The House of Elders, Suleiman Mohamud Aden, has urged the public to protect its unity and at the same time called on to refrain from any acts of divisions. “The only thing that Somaliland is proud of is the unity that Somaliland has achieved for the past 29 years since Somaliland’s inception. We have overcome lack of recognition over the unity of Somaliland. We are better off without the lack of international recognition. As long as we are united, there will be no one who will harm us.” said speaker Suleiman

The speaker of the House of Elders has sent vivid message to the local traditional elders who are involved in politics. Mr. Suleiman said unequivocally that the bicameral parliament and the president are entitled to lead the nation in the talks.

The president H.E Musa Bihi Abdi has thanked the public for taking heed to the prevention measures provided by the National Emergency Committee on the novel of COVID-19. He urged the public to give first priority to their safety in the first place and then that of the public. He called on the traders and all walks of life to stand by for every situation that arises. The President has addressed on the issue of reaching a final settlement with Somalia over the resumption of the stalled talks.  President Bihi has told that the traditional elders who involved in politics must face the ramifications of their actions. 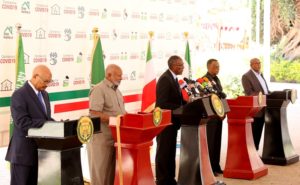 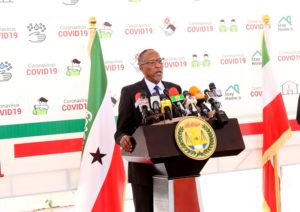 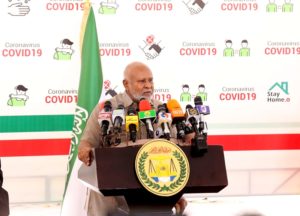 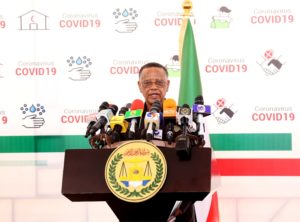 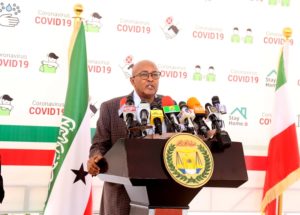 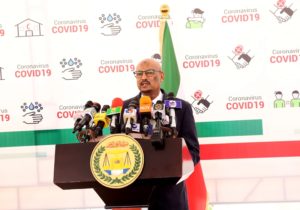