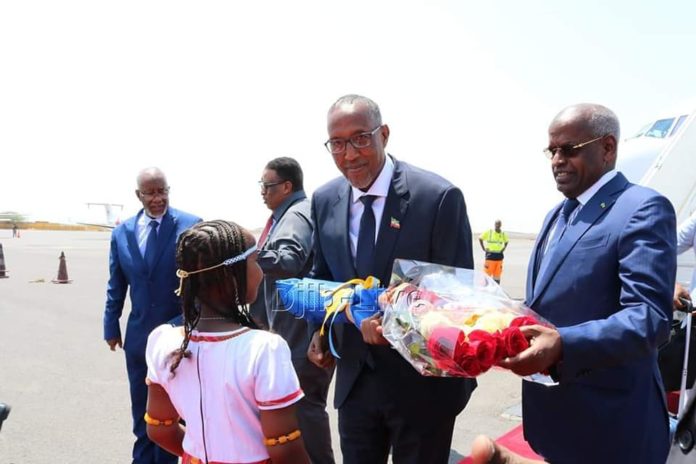 Djibouti—Somaliland president Musa Bihi Abdi, accompanied by a delegation of officials, arrives in Djibouti on Tuesday. The president has begun official working visit to the neighboring country of Djibouti. President Musa is expected to hold high level talks with Djibouti leader,Mr. Ismail Omar Guelleh.  The focus of the high level discussions will be on bolstering the bilateral ties with Djibouti. The Somaliland leader was welcomed at Djibouti airport by Djiboutian PM, Hon. Abdikadir Kamil Mohamed and other officials. He was treated with the red carpet which has irked officials installed in Villa Somalia once Somaliland president embarked on visit to Guinea Conakry and urged world countries to shun the receiving of its Head of State. Somaliland which joined with Somalia in the 1960’s once both states gained their independence from Great Britain and Italy repetitively merged to form the Greater republic of Somalia. Somalia’s central gov collapsed during the 1990’s which compelled Somaliland to declare unilateral secession from Somalia. 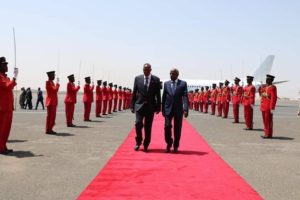 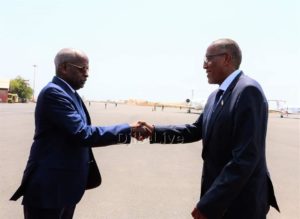 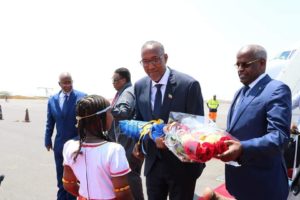