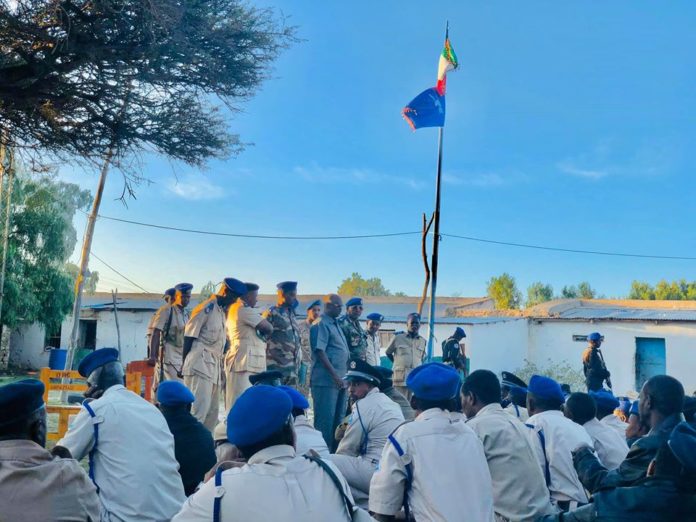 Mr. Dabagale has conferred with police commanders in charge of security at the various police stations in Erigavo, Sanaag’s restive region.

The police boss told them that justice and being fair is number one priority during his tenure as head of police force.

He pledged to upgrade the educational standards of police forces in order to forge closer cooperation with the public.

The police chief has awarded police officers who served diligently in the various police stations in Ergiavo.

His rebels were handed over to Somaliland government and reintegration of the various armed forces will reunite.