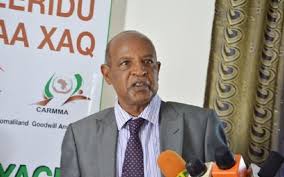 Somaliland will open a diplomatic mission to handle trade and consular affairs in Uganda.

It has been revealed that the Republic of Somaliland is in discussions with the government of Uganda about the possibility of setting up a consular office to promote its diplomatic and trade missions in Uganda.Details were revealed following a high level parliamentary delegation off to Uganda. This was disclosed by the chair of foreign relations committee of the house of national assembly, Mr. Ahmed Abdinur Kijandhe. The chair was among a high level parliamentary delegation that paid an official working visit to Uganda. The Somaliland delegation received a formal invitation so as to attend the Common Wealth Parliamentary Conferences hosted in Kampala, the Ugandan capital. 53 nations compromised of the common wealth countries dispatched delegations that were in attendance. The delegation left for Uganda on the 21st of August. The Somaliland parliamentarian met and held high level talks with Ugandan Foreign affairs Minister, Honorable Sam Kutesa. The FM agreed with the parliamentarian that Somaliland to set up its representative office here in Kampala.