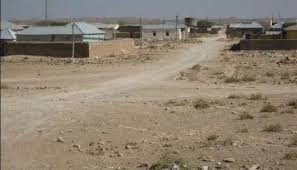 One person has been killed in inter clan fighting in El Afweyn conflict yesterday between two fraternal clans that have communal grudges. The residents in El Afweyn and across Somaliland were heartbroken after being heard the killing that once again re surfaced the township. Religious leaders across Somaliland recently brought the two clans that were fighting in the territory and signed a peace accord which both sides swore to adhere to the peace settlement. This is the first inter clan killings that took place once the inter clan groups have ratified the peace treaty five months ago.

The traditional elders in which the man who carried out the killing said that they will arrest and hand him over to the government in order to face justice for the heinous crime that he has committed. They have also expressed their determination that the criminal will not be given a safe haven. The elders have also informed the clan victims to give them the time so that the perpetrator of this barbaric crime against humanity arrested and handed him to the law enforcement agencies. The inter clan fighting that has been raging for over three years brought hundreds innocent civilians lost their lives and the previous administrations in Somaliland failed to end the inter clan skirmishes in El Afweyn. The incumbent president under the shrewd leadership of president Bihi has urged the religious leaders selected from across Somaliland to bring the intern clan fighting to an end. The religious leaders and prominent Imams from Somaliland said that if someone kills another human being then he will be killed. The prominent religious elders told that once a perpetrator kills innocent person then the other clan should not retaliate but give time and space until the criminal is being arrested. They urged that they should not take the law into their hands while no one is above the law. The killing just comes once the two clans are accepting compensations of those that they killed against each other.