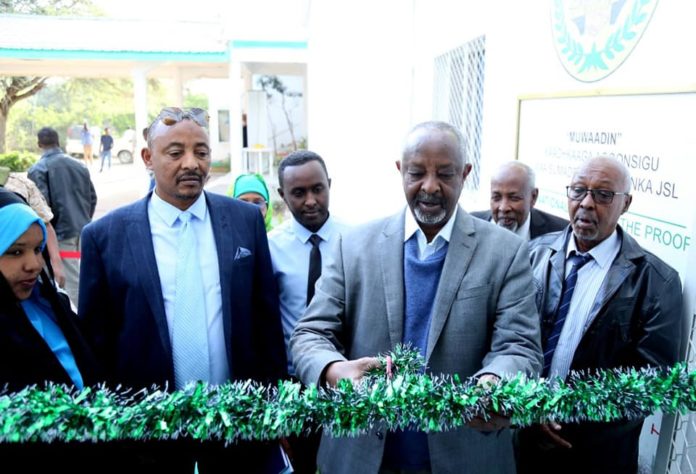 The Minister of Interior Hon. Mohamed Kahin Ahmed opened the revitalized ultra-modern registration of person’s central headquarters that operates at the ministry’s compound.

The minister inaugurated the now comprehensively operating section and was introduced to the registration of person’s staff who conducted him to a tour of the facility.

The Minister said that the exercise is ongoing and continuous in all the regions especially the six main ones. He at the same time noted that whenever the members of the public are registered anywhere in the country, the information reaches headquarter promptly.

The Minister observed that the exercise was one which the state prioritized since it is an integral part of identification of one to a nation, hence helped in the tabulation or computation in national planning needs just as it was important for personal and general security needs, thus being indispensible

He praised the registration staff describing them as being a dependable and diligent lot.

On the other hand the official who conducted the Minister to the tour whose name we could not verify as we went to press warned the potential persons to be registered not to abuse the opportunity and do double, triple  or more registrations terming it breach of the law.

The official also warned the traditional leaders, Aqiils, who are tasked by the law to verify or vouch for a potential person(s) to be registered not to likewise abuse the process and vouch for illegal person(s).

He noted that they had listed such Aqiils and persons who have erred and are liable to prosecution.