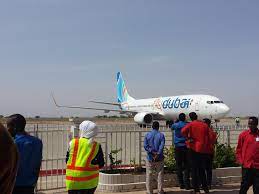 Somaliland’s Civil Aviation Authority has lifted its suspension placed on Fly Dubai Airlines from operating in the country.

Omar Sayid Abdilahi, the director of SL’s Civil Aviation Authority, in a statement on Thursday said that lifting the ban on airline carrier was based after SL and Fly Dubai have signed an agreement.

The director of the Aviation Authority has called on other airlines which are keen to start flights to and from Somaliland to hammer a deal with the government in the first place.

It will be recalled that Fly Dubai Airlines was initially given approval to operate into the country, an approval which was withdrawn after it complied with the Somali federal government’s directive to suspend international flights into Hargeisa.