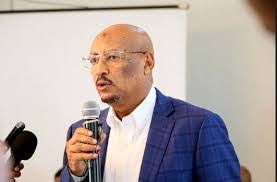 Faisal Ali Warabe, the chairperson of UCID political party, fired his shadow cabinet and the leaders of the party’s branches across the world. In a press statement, Warabe said he sacked all officeholders in party branches located outside of the country as well as all secretaries, except those appointed after 2017 presidential election. A handful of individuals fall under the exception. The statement does not state the reason behind the shaking of the leadership of the party. UCID is an opposition party. The chairperson has not appointed new names.