Participating in the 28th anniversary of the Somaliland police forces, Wednesday, His Excellency the President of the Republic of Somaliland, Musa Bihi Abdi, expressed surprise and dismay at a motion legislators of the federal Somalia state of Puntland made on Sunday last to designate Somaliland as a terrorist state.

“We all heard of legislators of the neighbouring Somalia federal state of Puntland submitting an astounding motion calling on the international community to add Somaliland to the list of terrorist states. It took everyone by surprise. None of us can comprehend why a neighbouring region who shares much with the republic of Somaliland would even entertain such a move,” President Bihi stated towards the end of his speech at the occasion.

“We live in a volatile region be-saddled with intermittent conflicts and droughts and is so direly affected by the climate change. It behoves peoples of the region to face these challenges with a united front. None expected that people who were supposed to be responsible representatives would actively and consciously kindle fresh strife,” he said.

“Somaliland wished that all of Somalia return to the stability and good governance its people are so starved of for the past three decades. We, particularly, wish the people and administration of Puntland peace and prosperity, extending them a friendly hand,” President Bihi emphasised.

President said that Somaliland was enured to similar calls and persistent inimical activities Mogadishu directed at it but were, indeed, flabbergasted that Puntland emulated them.

“Somaliland is exporting peace and development to the entire region including Somalia. We say it is way past the time battle drums called for fresh, pervasive regional instability,” President Bihi said.

The President pointed out how Somaliland will respond to any external threat wherever it came from.

“We, however, are more than adequately prepared to respond to any threat to our people and their statehood if such disturbing developments do not cease,” he added

The Puntland lawmen called on the international community to add the Republic of Somaliland as a state that aids and abets terrorists without producing any evidence supporting their conjecture.

Members who hailed from areas that geographically and politically fall under the Republic of Somaliland territories also accused Somaliland of expelling over 70 000 Somalians from its territories – a figure that keeps swelling with the passing of the minute.

The regional legislators’ call came only a day after al Shabaab units attacked a military post at Af-urur – a village near the mountainous terrorist hideout of Galgala to the west of the coastal Puntland commercial city of Bossasso.

Puntland has been battling with a combination of Al Shabaab and Daesh (ISIS) terror threats for over a decade now.

Police commissioners from Ethiopia’s Somali state, representative missions from the international community, and other regional dignitaries presently on visit to the Republic of Somaliland participated in the event. 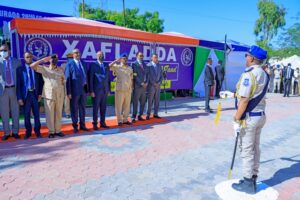 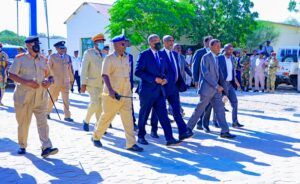 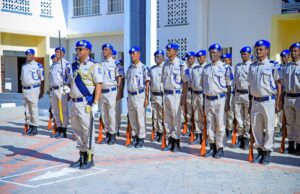 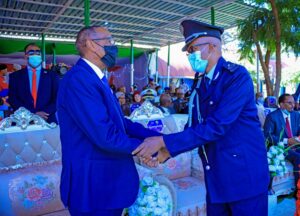 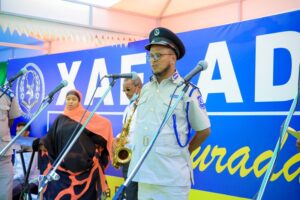