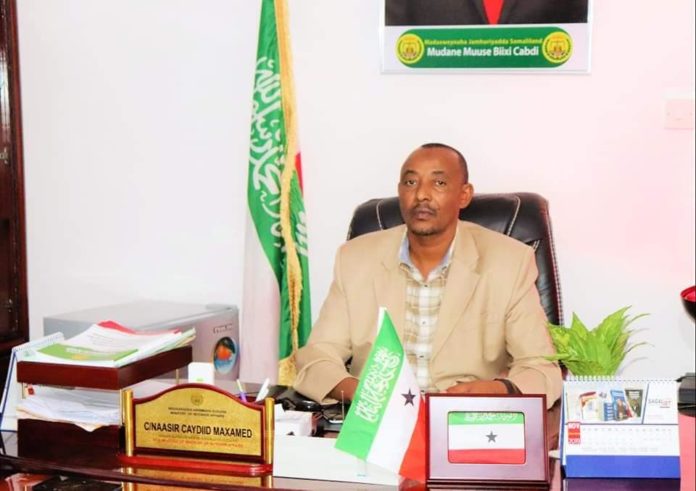 Somaliland interior ministry yesterday debunked accusations that a female staffer who remains anonymous was sexually assaulted and exploited financially in the ministry over blackmail means.

Yesterday, the interior minister, Nasir Aidid, had said that a case like that had not transpired.

He reiterated that the person responsible for spreading stories based on naked lies will be brought to court.

A man named Ismail Ubah, had published the accusations. He was the former director at Hargeisa Cultural Center.

Ismail posted on the facebook a story of female staffer who was subjected to repeated sexual assault and financial exploitation by her superior.

The female staffer had a row with the secretary of one of the ministry official. That official informed the woman to visit him at his office and threatened her by sacking her from the ministry unless his demands are met by her.

The demands involved sexual favors to the unnamed official. The woman accuses that she was filmed performing sexual favors in the ministry compound.