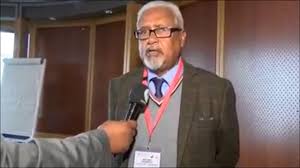 In a lengthy speech at the floor of the House of Reps today, Abdikadir Jird has warned against Ethiopian push for regional integration spearheaded by Ethiopian PM, Abiy Ahmed, the Nobel Peace Price Winner.

He alleged that the Ethiopian initiative is the continuation of Ethiopian imperial dream of securing foothold in the Red Sea.

He emphasised that Ethiopia has not given up its imperial ambition but current geo-political cliamte necessitated in its reshape.

He likened it to the Somali redundant-ism of  greater Somalia compromising SL, Djibouti, and the Somali regions of Ethiopia and Kenya.

“Those kinds of dreams did not die and they did not. Our dream of greater Somalia has not died from us too. It has not died but the current circumstances have made it impractical. We expect one day that the five Somali regions will come together independently. The Arab unity is the same. It never dies but each generation works on it. According to what is possible at their time. Their ambition is just like that.” Jirde said

The lawmaker Jirde also criticized on what he called simplistic explanations that rely on the presumed good will of the Ethiopian PM Abiy Ahmed.

He called on the country’s scholars to articulate SL’s stance to secure the nation’s survival aimed at shifting regional policies.

“The notion that Abiy Ahmed is our ally and has our best interest in mind is very simplistic.

It is easier to be fooled with those simplistic explanations. We need to utilize our intellectuals.” Jirde said

It is not year obvious whether his part Wadani shares his doubts.