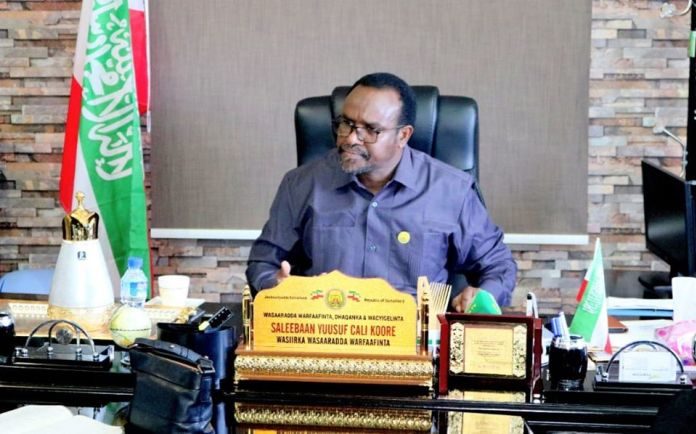 He threatened that the government will not tolerate the media that challenges its authority, sovereignty and health policies.

Speaking at a press conference held by the National COVID-19 Preparedness Committee, the minister alleged that some media houses do not cooperate with them.

He further said the government will recognize those stations as anti-Somaliland.

The minister called on the private media to join hands with the government to raise public awareness on COVID-19.

He said this was beyond politics and partisanship and called on the owners of television stations to meet the ministry.

Sulieman Ali Kore said the health ministry will be the only source of information on COVID-19 in the country while the ministry of information will do the public awareness campaign.