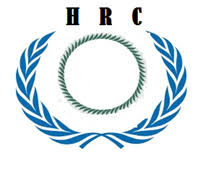 On 17th April 2019, police forces and soldiers forcefully evicted families from land located south-west of Hargeisa. A video clip and interviews confirmed to HRC that the police have used unnecessary force and detained residents of the land. The police had no court warrant. The land in question has been fenced by the military for the intention of constructing a presidential palace, according to the Director General of the Presidency who spoke to the media.

Those arrested during the eviction were all released, family members told HRC. Medical records and witnesses confirmed that some of the residents were injured by the police during the forceful eviction.

Mohamed Ali Bile, the Director General of the Presidency who spoke to the media, said the government has the power to expropriate every private property it needs. He also agrees that the land is owned by private citizens.

“The fact that the land belongs to private citizens is not disputed by the government. It does not also dispute that it did not pay any compensation,” says Yasmin Omar Haji Mohamoud, the chairperson of Human Rights Centre.

“Currently such law does not exist and no compensation was paid. There was no procedure followed by the government at all. The military was deployed which fenced a vast area of 4 KM. Then a force was used against the owners.,” adds Yasmin.

“This is an unprecedented phenomenon. Families are displaced from their houses. Building a presidential palace is a luxury, not a necessity. The families have a priority for shelter and they have legal documents to claim private ownership protected by the Constitution. The Government is obliged by the law to follow a due process,” says Yasmin.

Human Rights Centre calls on the government to respect the right to private property and allow the owners to return their land.