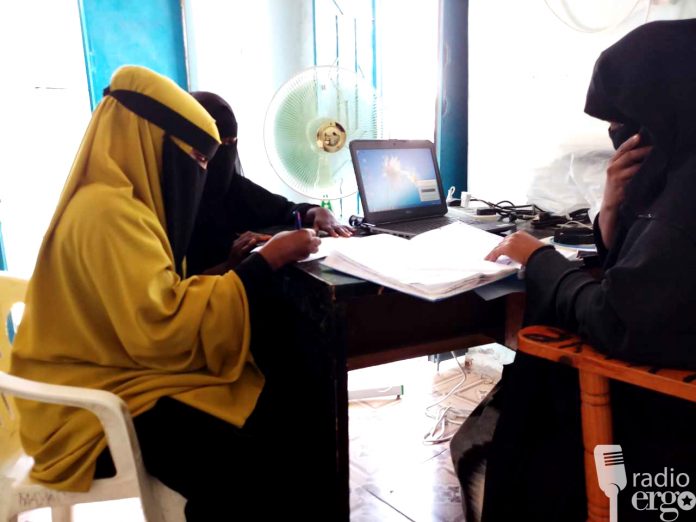 Sulekha Arab Abdi, 33, lost her job as a house-help in June after the family she was working for in Hargeisa stopping paying her because they were all staying at home.

“The $60 was barely enough given the intensity of the work, but then no one cares about the concerns of house-helps,” she said.

Sulekha has been surviving on the few shillings she earns washing clothes for neighbours on Thursdays and Fridays.

There are many other Somali female domestic workers like her suffering similar stress due to indirect consequences of the Coronavirus pandemic.

Hamda Mahamud Ahmed, 24, told Radio Ergo that her wages do not do justice to her labour, but she is lucky to have the money to support her children. She used to work up to 10 hours a day, but since Coronavirus restrictions were imposed she has been working until midnight for the same pay.

“Now that most people are at home, my work has increased and I’m required to wait on everyone till they wake up and clean after them the whole day,” she complained.

Sulekha Arab Abdi, who had worked as a maid for 14 years, told Radio Ergo that incidences of sexual harassment and even rape in employer households are common, but the women mostly suffer in silence.

“I personally know of maids who have been raped while on duty, but they don’t speak up because they need the work for their livelihood,” she said.

Faisa Aw-Ali Yusuf, head of a local NGO, Somaliland Youth Development Association, said there has been a rise in complaints of abuse by domestic workers during the pandemic. The organisation provides legal advice and other support to the aggrieved women.

“We take anyone who tramples on the rights of the maids or denies them their salaries to account. We often resolve complaints by mutual agreement, but if it is serious, we appoint lawyers who take the matter to court,” she said.

Ibrahim Khadar Said, a lawyer who has represented maids, believes one of the challenges is the lack of written employment contracts. Neither the

maids nor the families they work for realise the importance of employment contracts. Employers usually insist on a reference before hiring and maids are usually not informed about their rights so do not request a contract.