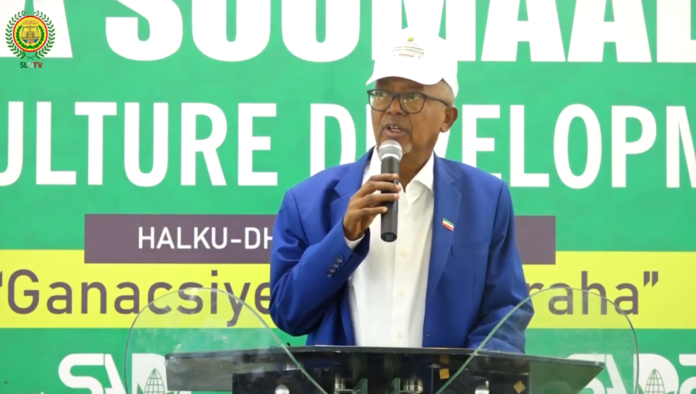 The Government of Somaliland has held a high level conference on agricultural development . The conference which is expected to last for days took place in Hargeisa on Wednesday. SL Vice President H.E Abdirahman Sayli’i has graced the launching ceremony of the agriculture symposium. Experts and farmers have attended the conference and discussed ways of boosting the productivity of agriculture in the country and its significance. The VP has reiterated that agricultural development is a top priority for the current administration in Somaliland as no one can ignore the crucial role its plays in Somaliland’s revitalizing economy. The VP pledged redoubling efforts of farming productivity in Somaliland. He encouraged business communities to invest in the agriculture field and further promised more training will be provided to the farming communities to upgrade their knowledge. Finally, the VP has extended gratitude to the ministry of agriculture for organizing such a crucial conference in the country. SL economy banks on largely in the agriculture, livestock exports albeit crop farming is the second major contributor to the state’s economy besides the livestock breeding.