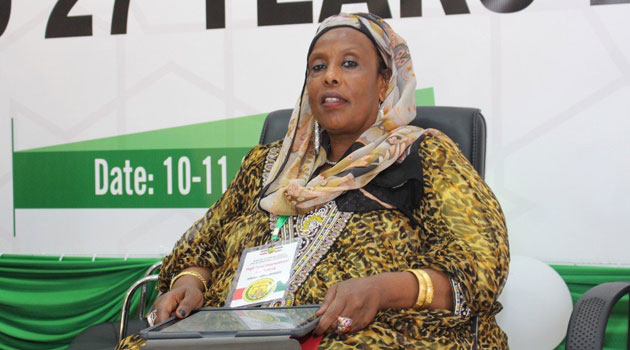 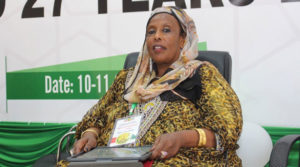 HARGEISA, Somaliland, Oct 12 – The two-day International conference on Somaliland came to a close in Hargeisa with challenge to the government to source internal ways of generating income as it continues to push for international recognition.

Remittances were identified as one of the main sources of income to the people with the government tax collection way below its requirements.

The government was also challenged not only to take pride in the peace and tranquility in the country but also to use the same to attract investors and tourists to the country.

Despite improvement in education, health and social welfare the government led by President Muse Abdi Bihi is grappling with rising unemployment among the youth and financial instability.

President Bihi praised the importance of remittances and especially on the impact on the livelihoods of his citizens.

Speakers at the forum talked of the need for Somaliland to push for international recognition in order to access loans from international financial institutions to help in infrastructural development.

“We cannot continue living in isolation from the rest of the world. We also have rights that need to be recognised at the international level,” said President Abdi.

“But we have challenges brought about with lack of international recognition. Our unemployment level remains high due to our inability to obtain our right especially from international financial institutions. But we appreciate the role player by remittances,” he added.

“The first remittances that sent money back home was pioneered by Dahabshiil. Entrepreneur Mohammed Saed set the stage for what we can now say has turned around this country in a way through remittance. History will always remember him.”
Economist Osman Ahmed Nur said Somaliland has great potential that can be tapped as they build the country.

“Our people are very resourceful, and they have played a massive role in the country’s development in the last two and half decades. We must tap into their talent in various fields,” he said.

“Our diaspora community has supported development. Their remittances have helped build schools, hospitals and other amenities. Some have invested here hence helping the economy to grow,” Nur, who has worked in the World Bank said.

“But we need to identify other areas too. We need to attract foreign investors to come and invest here and explore other areas to get revenue.”
To attract investors, the government was challenged to remove barriers for the private sector and cut on any red tape while at the same time reduce the cost of power.

“We need also to encourage Small Micro Enterprises to come up by creating the right atmosphere for them.”

The government has already attracted one major investor to rebuild the port. A US Dollar 442 million deal to rebuild and expand the Berbera Port was signed on Thursday between the government and Dubai company DP World. This will open up the port and create employment.

“While the country is fighting for international recognition, locally, women and girls too must fight for recognition. A wealthy woman is a wealthy society and a wealthy society is a wealthy country,” said Mogeh who has invested largely in Kenya and Uganda.
She said the government needs to help women get capital to start up business and at the same time be able to purchase and own land on which they can use to do business.
Somaliland, which has claimed autonomy from the main Somalia government after the war broke out in 1991 is on a mission to initiate relationships with regional states as it pushes for recognition at the African Union and the United Nations.

In May, ten Members of the UK parliament tabled a signed petition to the House to recognize the Republic of Somaliland.

The petition posted on the official page of the Parliament, first congratulated the people of Somaliland on the 25th anniversary of the day they reclaimed ‘their independence.
The government and opposition in the country have maintained they will not relent in their quest for self-determination.

“Our people spoke loudly and with one voice when they voted in the referendum to have an independent state,” President Bihi said.

Opposition party Wadani chairman Abdiqadir Ismail Jirde said Somaliland does not have the leisure and pleasure to go back to the drawing board any more while the minister for foreign affairs and international relations said “The denial of the recognition of Somaliland is tantamount to an economic embargo. It is a crime against humanity. Our people are punished for claiming what is their right. they are denied the right to travel, the right to transact with the rest of the world, the right to get bilateral aid, the right to access concessional credit and the right to develop.

The two-day conference is aimed at showcasing Somaliland’s achievements over the last 27 years and chart its path for the future. Representatives from IGAAD, European Union, Danish Agency (DANIDA) and representatives from several African countries are in attendance.