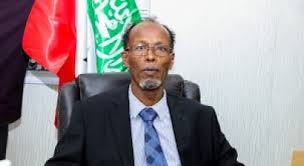 HARGEISA–The rehabilitation and reopening Somaliland’s oldest technical and vocational training school in Buroa are contingent government’s commitment to partial funding with half of million US dollars. That announcement was made by the ex-minister of national planning, Abdirahim Haji Osman Abdi alias Shibin.

The former minister who visited Germany last year said he met with German organization that is willing to rehabilitate the school. That is if the government of Somaliland is ready to commit paying part of the cost. Minister Shibin said the technical school could open doors for students this summer if the government makes the commitment. According to him, the German organization will pay 3 million and half dollars while SL government ought to contribute half a million dollar. The Buroa technical institute named the German school is the oldest vocational secondary school in Buroa.

It was established in 1964 with the help of Western German Gov’t. The School produced boasts of impressive alumni ranging from five star general, MP’s, current and former ministers. Unfortunately, the school was closed during the civil war in 1988 while the successive government in Somaliland failed to open doors for the school.