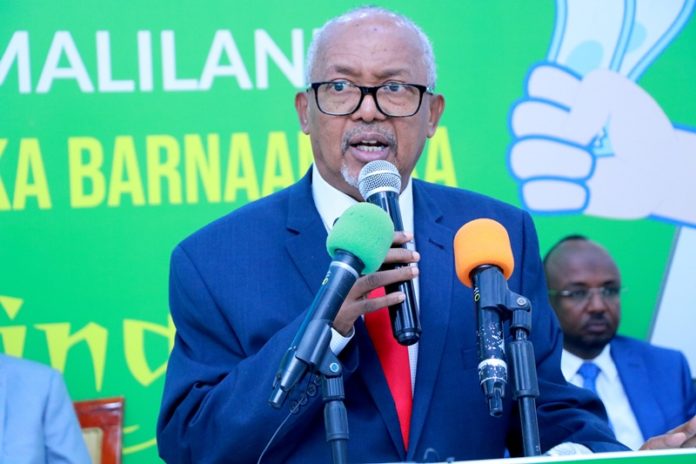 Government employees in Somaliland will now receive their salaries through their mobile phones following the launch of an electronic payment platform Monday.

“To move the government online is also a positive step, and congratulations to the officials of the Central Bank, the Ministry of Finance and the human resources agency,” Saylihi said.

Following the launch of the E-Shilling platform, employees will now be able to receive their dues in time and there will be more transparency, Central Bank governor Ibrahim Bagdhadi said, a view echoed by Somaliland Labour Organisation chairman Farhan Haybe.

eliminates ghost workers, reduces employee turnover, and allows state employees to direct acces to banks such as SL Bank, Premier Bank, Salaam Bank and Dahabshiil Bank so that they can borrow money from the fund as the equivalent of their wages deducted in monthly installment,” said Haybe.

Central Bank governor Ibrahim Bagdhadi said all employees will now be required to open accounts at the Central Bank which will be linked to their mobile phones through the E-Dahab platform powered by Somtel telecom.

Prior to the launch of the service, government employees received salaries in cash form causing delays especially for those in remote areas.