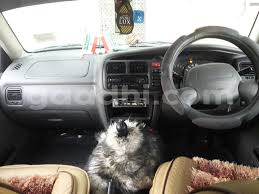 Vehicles whose steering wheels are on the left side of the vehicle as per the right-hand-road driving modes are the only ones to be imported hence-forth.

This guideline was in a directive given by the council of cabinet ministers meeting session 66 held on Thursday 5th Nov, 2020.

According to a press release circulated Presidential spokesperson Mr. Mohamoud Warsame Jama, the cabinet members listened to the proposal of the Interior minister Hon Mohamed Kahin Ahmed hence discussed at length the roads use and transport policy that has been infringed upon by vehicles whose steering wheels do not correspond to the side of the road prescribed.

At the same time the Minister gave the meeting, through tele-video conferencing, an update of the nation’s security status which he described as stable, thanks to the security apparatus.

The roads and transport issues saw the ministers dwell on:-

The directive was extended to the henceforth banning of the importation of vehicles that were not worthwhile for the populace use.

The line ministry was ordered to see to it that the given guidelines were adhered to.

They, meanwhile, congratulated the soccer and other sporting tournaments smoothly and enthusiastically going on in the country.