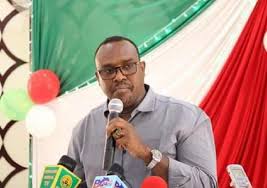 Somaliland government has said that it has given up all its attempts to ban Khat imported from the neighboring country amid coronavirus fears while the country has seen a jump of Covid-19 cases.

The patients who tested positive for Covid-19 live in Hargeisa, Borama, Burao and Berbera.

Somaliland’s minister of information, Sulieman Yusuf Koore, has announced on Tuesday that Somaliland does not have a mighty army that will enforce the ban of Khat from the country.

The minister has disclosed that Somaliland’s armed forces are only capable of maintaining its internal security at this time around.

“We have made an evaluation based on the experience gained during the first two attempts pertaining to Khat ban in 1983, 1984 and the British colony tried to stop in 1950. We have come to know that Khat ban enforcement needs the mobilization of voluntary army.” said Sulieman.