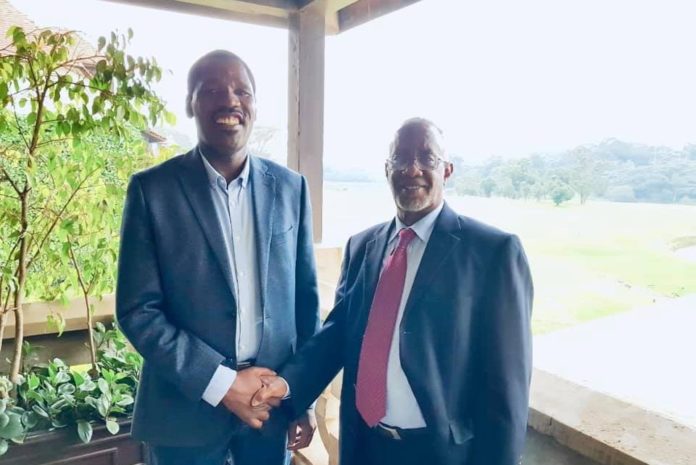 Somaliland minister for foreign affairs and international cooperation Dr Yassin Hagi has been on a week-long mission in Kenya to lure foreign investment and trade with his country.

The minister arrived in Nairobi last weekend and has held a series of meetings with officials of Kenyan government and foreign missions as he aims to bring closer ties between his country, its neighbours and other foreign missions.

On Monday, Dr Hagi held a meeting with the Kenyan Cabinet Secretary in charge of trade and industrialization, Peter Munya where they discussed trade cooperation between Somaliland and Kenya.

Kenya has over 10,000 nationals working and doing business in Somaliland but with trade between the two countries favouring Kenya, there are no sustained trade relations.

“I remain a big supporter of trade between our two nations and I will continue championing for the same,” said the Kenyan CS.

Key among the requests by the Somaliland minister is the introduction of direct flights between Nairobi and Hargeisa and the opening up of a mission in the Somaliland capital which will be used to enhance trade and bilateral relations between the two countries.

Somaliland foreign envoy to Kenya Bashe Omar has also previously talked of linking the Port of Berbera to the Mombasa Port to ease trade.

Dr Hagi also held a meeting with Ambassador (Eng) Mahboub M. Maalim, the Executive Secretary of IGAD. The two discussed development, security cooperation and the upcoming Parliamentary elections in Somaliland and held another meeting with Finland’s Ambassador to Kenya Erik Lundberg at the Embassy of Finland Nairobi.

During the meeting they discussed Somaliland-Finland cooperation in various sectors. The Minister also expressed Somaliland’s gratitude for the projects that are being implemented in Somaliland through the support and funding of the Government of Finland.

Finland has been a big supporter of projects in Somaliland ranging from health to humanitarian aid.