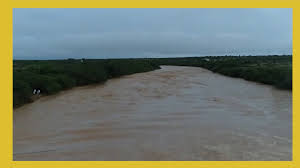 BURAO–Floods caused by Gu rainy season damaged public and private buildings in Burao, the administrative capital of Togder province. The dry river of Togder has overflown in unprecedented way washing away everything on its path. Dramatic footage spread in the social media like a wildfire showed the river washed away parts of school & residential buildings. This follows heavy rains that battered the town and its environs that continued non-stop from 9 pm to 5 am local time on this morning. During the Gu rainy season, floods in Todger valley cause damages to structures nearby the dry river. Last year floods with debris badly destroyed the Ceeri-Gooni foot only bridge. No casualties are reported as far as the floods are concerned and people to remain vigilant when it comes to the valleys and water ways.