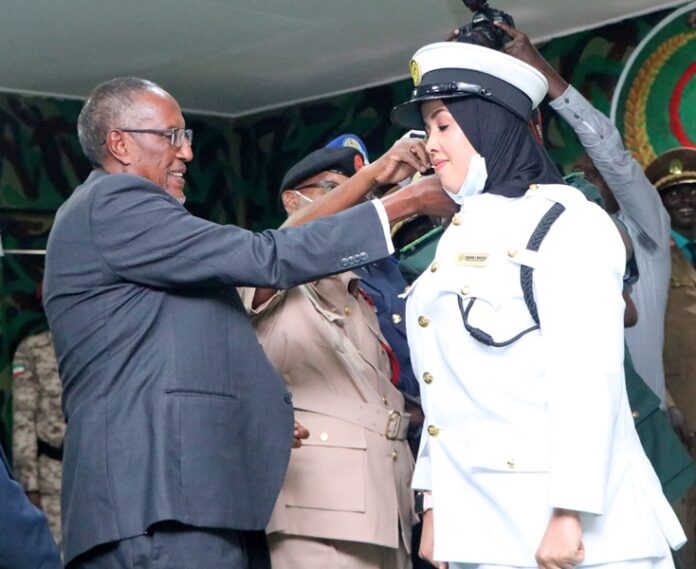 While overseeing the passing-out parade of the officers at the academy, the President H.E. Musa Bihi Abdi gave a passionate speech that was quite emotional.

The Head of State was personally elated for he was the pivotal force behind the fully functioning of the cadet’s academy that he himself commissioned.

While emitting his personal elation the President said, “I am quite happy that we are today witnessing the first batch of fully fledged cadet officers graduating in our own academy.”

The graduation saw the former Somali regime fighter pilot Ahmed Hassan, alias Ahmed-dhere who reneged from his armed forces and ditched his plane at a Djibouti coast, grace the occasion.

The President introduced Ahmed-deere to the cadets while underscoring the importance of professional ethics. He is a house-hold name in Somaliland for refusing to bomb the country.

He noted the importance of the day, this year 2020, being part of a historical milestone in 11 decades (precisely a century and seven years ago) of the armed forces whole history.

Recapping that security forces was first established in Somaliland in 1913, (the Camel corps) he pointed a turn of its phase in 1941 (the Somali Scouts), the 1960 Somali regime forces and the Somaliland armed forces re-established in 1993 and ultimately the training of 2020 where the cadets courses are undertaken in the country in a fully-fledged manner for the first time.

The President likewise recalled the patriotism of Abdillahi Askar who was persecuted by the Siad Barre regime while being forced to squeal on his compatriots and, Ibrahim Koodbur, who broke him out of jail, coaxing the cadets to be patriotic, steadfast and ethical in their professional life.

It is worth noting that the 132 cadets were part and parcel of the national youth service programme which the President himself established that absorbed university graduates.

The graduates included 85 from foreign academies who have accomplished their 3 year courses, 14 from Mekele Academy of Armed Forces and 3 non-commissioned officers who have now been commissioned as lieutenants.

Ladies are among these pioneering cadets. A lady navy officer was made a captain.

The President inaugurated an ultra-modern shooting range at the academy.

The cadets were absorbed in all the branches of the security arms such as the police, the military, the custodial corps and the navy.

Several ministers were amongst the guests who graced the occasion such as those of finance, livestock and defense.

All senior service commanders were present. 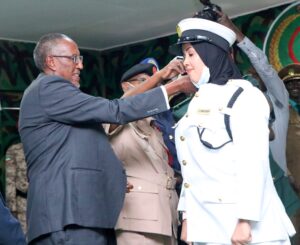 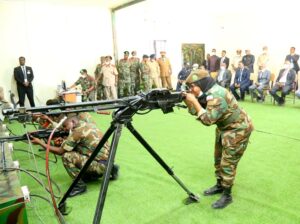 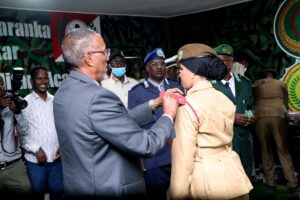 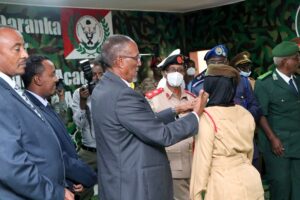 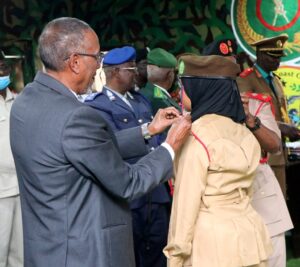