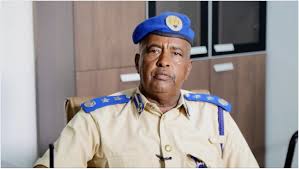 The Somaliland Police Force has arrested two suspects and a vehicle for carrying 500 liters of alcohol in Hargeisa.

Spokesman of the Police Colonel Faisal Hiis who briefed the media in Hargeisa informed that two suspects were apprehended in possession of large quantity of alcohol brought to the country illegally.

The two will be arraigned in court and if convicted it is expected as per law, the vehicle used to ferry the alcohol shall be confiscated by the state.

Stressing that the police force is determined to eradicate all forms of drugs abuse such as alcohol, cannabis, etc Col Hiis went on to  warn all traffickers, sellers, and consumers to give up now for the long arm of law shall find them wherever they be.

The police spokesman urged the Somaliland community to work with the police, as they have done in the past, and report any suspicion to the police.