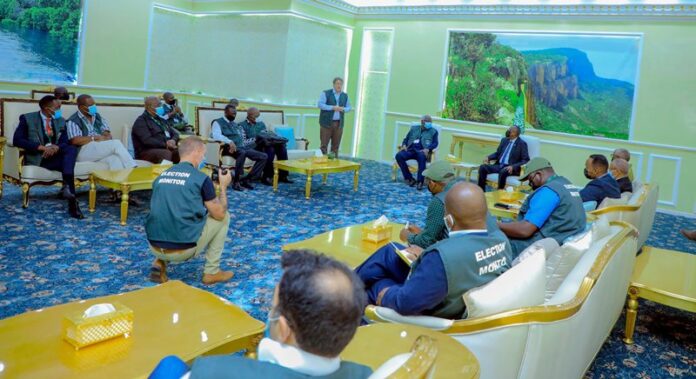 A high profile international team drawn from mostly commonwealth countries that had arrived in the country paid the President a courtesy call at the presidency.

The President told the election observers team to take their time monitoring the election, observe the process, acknowledge the strides the people and the government of Somaliland has taken and as an essence and an entity, achieved all the democratic and progressive economic developments realized through reconciliations and perserverence that emanates from a people who are patriotic to their country and cause.

The President further said, in the presidential release, that it is incumbent upon the observers to share with the rest of the world what they have witnessed in their brief visit to this country of Somaliland.

On their part, the delegation congratulated the people and the nation of Somaliland for the major strides taken in seeing to it that the country has held 7 elections successfully through universal suffrage.

The monitoring mission has been organized by The Brenthurst Foundation which works on the continent to promote sound economic policy, democracy and development.

Born in 2004, the Brenthurst Foundation was established by the Oppenheimer family to build on the work of the Brenthurst Initiative of 2003. This was a programme that instigated debate around policy strategies in South Africa to accelerate economic expansion.

Today the debate continues across the continent, driven by the sharing of ideas, data, and experiences. 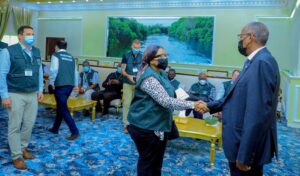 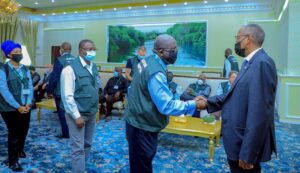 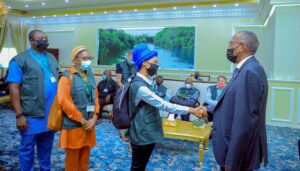 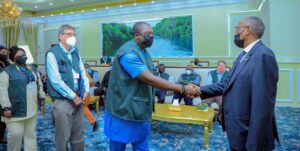 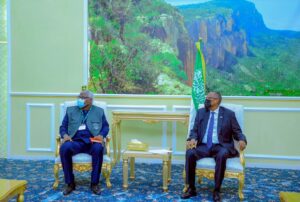 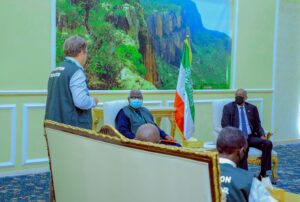 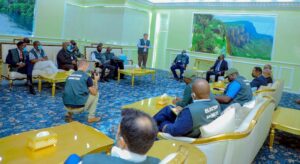 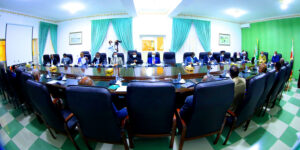