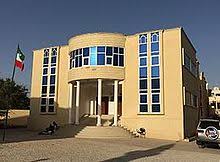 Somaliland lower house has approved the Free Trade Zone law giving clearance for the launch of the Berbera Free Trading zone in the country.

The house gave clearance for the completion of the Free Zone which is situated on 12 square kilometres land in the Port City of Berbera and is expected to be opened in 2022.

The Berbera Free Zone will offer stiff competition to the Djibouti International Free Trade Zones (DIFTZ) which is currently considered as Africa’s biggest trade zone with a total investment of $3.5 billion and span an area of 4,800 hectares.

The Berbera Free Zone is modelled on DP World’s Jebel Ali Free Zone (Jafza) in Dubai and aims to attract investments, encourage trade, create new jobs and position Berbera as a gateway port for the region.

The free zone will house various businesses including warehousing, logistics, traders, manufacturers and other related businesses

In December 2019, Somaliland President Muse Bihi and the Vice President of the DP World Suhail Al Banna officially signed the agreement setting the stage for the construction of the project.

“Our vision for Berbera is to make it a regional maritime hub in the Horn of Africa and its development will encourage growth for the region’s economy,” said Al Banna.

“It’s also a boost for local prosperity — jobs for the people of Somaliland and future generations. We look forward to bringing our global experience here and to help develop the Berbera Corridor, which is key to encouraging regional economic activity,” he added.

But the Berbera Free Zone will have to compete with the Djibouti Free Zone which was launched in May 2018.

The Berbera Port is already posing a threat to Djibouti.

Djibouti’s port is the main transit point for imports to and exports from Ethiopia, but the government in Addis Ababa wants to diversify its options with Berbera as its main option.

In 2016, Somaliland signed a 30 year contract  with United Arab Emirates-owned DP World, the world’s third-largest port operator, to manage and expand the port at Berbera. The joint-venture Berbera deal is between Somaliland (30%), DP World (51%) and Ethiopia (19%).

The port of Djibouti container terminal, currently has a handling capacity of 350,000 ten for equivalent units (TEUs) per annum while once complete, Berbera’s containerized cargo capacity will hit 450,000 TEU per year.