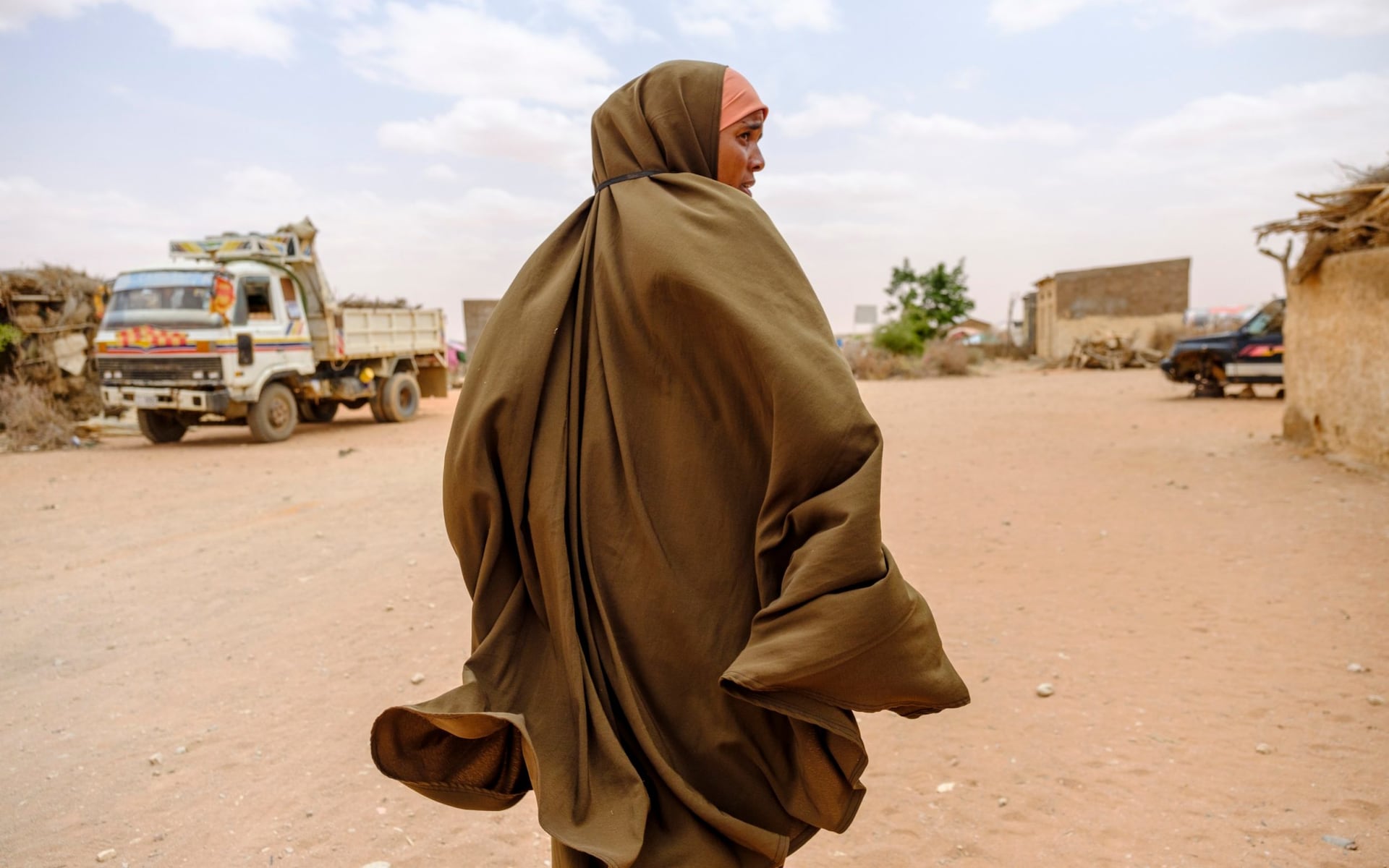 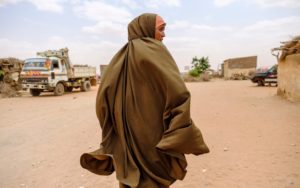 Unprepossessing and isolated, situated on a coastal strip so scorched the Somali called it “the Burnt Land”, Berbera was rarely a destination of choice for foreigners.

Perspiring British officials posted to the Somaliland Protectorate disparaged the town as “the armpit of Empire”.

Yet foreigners came for centuries, drawn first by the frankincense and myrrh cultivated in the interior and later hoping to dominate the vast and dangerous shores of the Horn of Africa.

But decades after the imperial powers that once jostled for control withdrew, a new scramble is under way which could transform its benighted economies — or tip a highly volatile region into renewed instability.

The cast is different. The old imperial powers — Britain, France and Italy — have been supplanted by a new generation of squabbling Middle Eastern potentates: Saudi Arabia and the United Arab Emirates and their bitter adversaries, Qatar and Turkey.

Bidding to gain the upper hand in the Gulf’s “Cold War”, which began in 2017 when Saudi Arabia initiated an Arab blockade of Qatar, all four powers have established a presence on the Horn, building military bases, signing defence pacts and taking over commercial ports.

Nowhere illustrates the new scramble’s potential for both good and ill more starkly than Berbera, where the United Arab Emirates has taken over its port and a Soviet-era military base.

Somaliland used to have a healthy disregard for outsiders.

The Victorian explorer Richard Burton was greeted with a spear through his cheek in 1855. His companion, John Hanning Speke, was captured and tortured.

The British authorities who subsequently established the Somaliland Protectorate in Berbera were mercilessly harried for 20 years by the Dervish warriors of Mohammed Abdullah Hassan, better known in Britain as “the Mad Mullah”.

Yet the government of Somaliland, still unrecognised internationally 27 years after dissolving its union with formerly Italian Somalia, has welcomed the UAE with enthusiasm.

Given the financial benefits the Emirates are promising, it is not hard to see why.

In the next few weeks, the Dubai-owned maritime giant DP World, which operates ports in Southampton and the Thames Estuary, will embark on an ambitious programme to transform Berbera into, potentially, one of the most significant trading hubs in the Horn.

The Emirati firm has not only paid £350 million for the privilege – a vast amount for a tiny economy – its expansion will lead to a tenfold increase in the number of containers Berbera handles.

With the UAE also planning to upgrade the road Mussolini had built from Berbera to Ethiopia, Berbera may soon start generating previously unimangined revenues for Somaliland.

“DP World’s arrival has brought all sorts of benefits,” said Said Hassan Abdullahi, the Berbera Port Authority’s director general, speaking in an office lined with portraits of Burton and Speke.

“It is giving confidence to other foreign investors, it’s made Berbera potentially a hub for East Africa and the Middle East and could boost our economy by 30 per cent.”

There are undoubtedly commercial benefits for the UAE, too, with Berbera granted access to Ethiopia’s large and promising market, threatened after the company was recently evicted from Djibouti, Somaliland’s formerly French neighbour.

Just 140 nautical miles due north lies Aden, historically the most important port in Yemen, where Emirati and Saudi forces are engaged in a vicious war with Iranian-backed Houthi rebels.

Emirati forces are already using their naval base in Assab, on Eritrea’s Red Sea coast, to bombard Houthi positions in Yemen. Berbera affords the UAE more military options, but will also leave it in a position to dominate Yemen after the war, analysts say.

More is at stake than just Yemen, however. Berbera is one of a cluster of ports close to the “Gate of Tears”, the narrow Bab al-Mandeb Strait that separates the Red Sea and the Indian Ocean.

Millions of barrels of Europe-bound crude oil pass through this choke point every day.

Meanwhile, the Middle East’s other powers are also racing to gain a foothold in what is becoming one of the world’s most militarised regions.

Saudi Arabia is in talks to set up a military base in Djibouti, right on the Bab al-Mandeb, which already hosts 4,000 US soldiers as well as troops from France, Japan and Italy. China now has a base too, which it has allegedly used to aim lasers at US fighter pilots.

With Russia also reportedly seeking a base, Britain could become the only permanent member of the Security Council without a base in the region.

Although Theresa May made her first visit to Africa this week, Britain, preoccupied by Brexit, is seeing its traditional influence in the region supplanted by more ambitious powers, analysts and diplomats warn.

Another former British possession has fallen under foreign sway after Qatar reached a multi-billion pound deal to develop a port in Sudan, where Turkey has also made perhaps the most astonishing acquisition of them all.

For the first time since the dismemberment of its empire in 1919, Turkey has reclaimed a former Ottoman possession after taking control of the ancient island of Suakin – Gen Kitchener’s headquarters in the late 19th century – on a 99-year lease.

Nearly 2,000 years old, Suakin is a national treasure, cherished for its rare coral architecture and its historic symbolism as the home of Sudan’s great heroes, Osman Digna.

It was “the celebrated, and perhaps immortal Osman Digna” — as Churchill called him — whose men famously broke the British square, an incident immortalised by Kipling in his poem “Fuzzy Wuzzy”.

History aside, Turkey’s move into Suakin has heightened tensions in a sensitive part of the world.

Borders have grown more volatile, too, with Eritrean forces seizing control of disputed territory on the border with Djibouti after Qatar withdrew its peace keeping forces to protest both countries throwing in their lot with Saudi Arabia.

But nowhere has been more imperilled by the Gulf spat than Somalia, the Horn’s most unstable state.

The government of Mohamed Abdullahi Mohamed, backed by Qatari and Turkish largesse, reacted furiously to DP World’s acquisition of Berbera, accusing the UAE of undermining Somali sovereignty and declaring the port deal illegal.

Relations between the Somaliland and Somalia have rarely been so bad. Amid the animosity scores of people have been killed in border clashes this year.

In Somalia itself, opposition politicians and regional leaders joined Somaliland in backing the UAE, and some Emirati-funded army units are reportedly refusing to obey government.

Ruins of building destroyed during civil war in Berbera, Somaliland CREDIT: GAMMA-RAPHO
As a result, Somalia, which has rarely been at peace since 1991, is simmering again, raising fears that the country could slip back into the type of chaos that allowed pirates to strike at international shipping and radical Islamist groups to flourish.

After years of military action against al Shabaab Islamists on Somalia, the United States could find itself further bogged down in the country than any time since the Nineties. Already, the Trump administration has been forced to order a “surge” in Somalia to neutralise the militants.

But so focused are the rivals in the Gulf spat in their bid for oneupmanship that little need is being paid to the consequences for the vulnerable states of the Horn.

In Somaliland, ministers say they are well aware of the risks in becoming pawns in a 21st-century great game. But so promising are the possibilities, the gamble is worth taking, they maintain.

“From this deal we are getting a road, foreign investment and jobs in a country where 75 percent of the population is not formally employed,” said Saad ali Shire, Somaliland’s foreign minister

“We know we are not getting a free lunch. There are concerns about sovereignty. Our territory could be used as a launching pad to fight other people’s battles, putting us at risk of retaliation.

“But we believe the benefits outweigh the costs.”