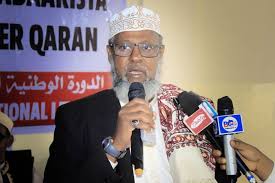 The state has vehemently denied that there is propagation of Christianity in the country.

The Ministry of Religion and Endowment lamented that he has been asked from within and without on the allegations that churches has been set up in the country and Christianity is being propagated in the nation through tailored curricula.

“These are demonic allegations by peddlers of lies that are bent on sowing seeds of discord in the community”, said Hon Sheikh Khaliil Abdillahi Ahmed.

The minister was responding to such reports which have been largely highlighted in the media over the week, especially the social ones.

He pointed out that the stories were flimsy lies that have no basis.

The minister appealed to the populace to desist from falling into such traps hence asked people to denounce such fake reports and that they should not perpetuate their dissemination by sharing through and across the social media.

He similarly called for moral and practical support for the unity, stability and development of the country.