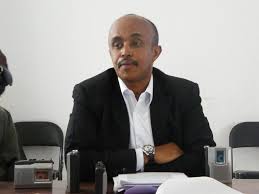 Somaliland opposition party, UCID, had sued some members of the House of Reps. who had made allegations against the party and its chairman, Faisal Ali Warabe.

Saed Elmi Siradle was among the MP’s named in the lawsuit of UCID party yesterday.

The allegation came after Somaliland House of Reps. rejected the approval of the opposition party nominees to NEC.

Solicitor General will respond to the lawsuit next week.