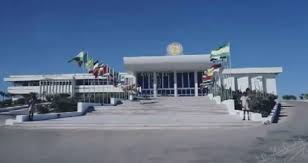 The Standing Committee of Somalia’s Federal Parliament convened a meeting on Monday officially announced that the 7th parliamentary session will kick off on the 6th June 2020.

The Somali Federal Parliament which took a long recess will resume its sessions.

The remarks from the standing committee refutes a statement made by the chair of the National Independent Electoral Commission (NIEC) which promised to appear on the 27th May 2020.

The first thing that the Somali parliament starts its sessions, it will clarify what mode of election Somalia is going to have in 2020 and 2021 polls.

The parliament formed a joint committee tasked to the smooth completion of the electoral laws in the country.

The current Federal Govt led by president Farmajo has told that the Somali populace that there will be one man one vote, bearing in mind that the government does not have the control of the entire regions of the country.

Political analysts have argued that there is a zero possibility of holding one person one vote mode of election in Somalia.