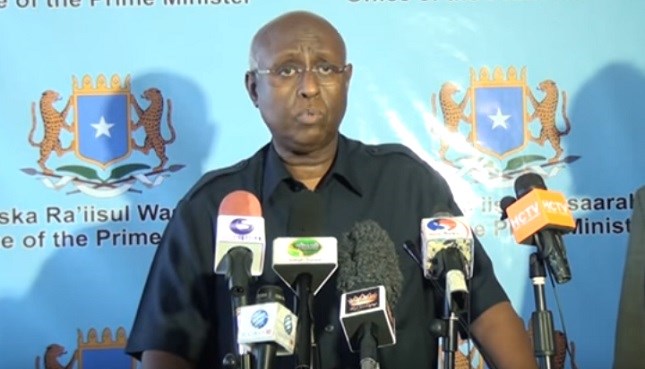 The National Committee responsible for Somalia’s Federal Gov’t the reconciliation dialogue with Somaliland has announced that they remain ready to sit down and resume the negotiations with Somaliland.

The committee made the announcement today barely three years that the current Somalian president Mohamed Abdilahi Farmajo has been in power.
The Parliamentarian, Ali Ahmed Jama alias Jangali, speaking on behalf of the committee, has said that they are ready to re-start the stalled talks with Somaliland.
He added that what they are waiting for is to see the nomination of the committee that will participate the dialogue for Somaliland.
Mr. Jangali has stated that the National Committee for Somalia’s reconciliation talks has been gathering information from civil society in order to get to know the public opinion on the talks between Somalia & Somaliland.
He noted that the public opinion gathering has been concluded.
“We are ready for the resumption of the negotiations. We have finished gathering public opinion and conducting researches. What we are waiting for is to see the appointment of the committee that will represent Somaliland at the venue.” said Jangali
He dismissed Somaliland notion claiming that the committee from Somalia should not be included individuals haling from Somaliland provinces.
“What is important is the issue for debate but it is not overriding the individuals that are representing both sides at the negotiation table. Somaliland cannot choose members from Somalia that will attend the talks.” said the MP
Somaliland earlier said that Somalia should not be represented in the dialogue by individuals and politicians hailing from Somaliland who are holding positions in Somalia or who are against the statehood and existence of the Republic of Somaliland