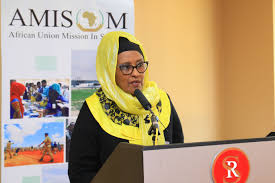 The number of political parties registered by the electoral commission has reached 82 transitional parties excluding the ruling party.

As Somalia gears up for general polls, the ruling party in Somalia remains unregistered and skepticism was expressed over the capacity of ruling administration to hold multi party elections this year.

The agency tasked to oversee Somalia’s upcoming polls convened with Federal member states attended by various members of the community including women, youth, disabled, intellectuals, university students and local elders to consult and raise awareness to the 2020 to 2021 elections in Somalia.

Somalia did not hold one person one vote since 1969 and the country is now facing threats from al shabab militants.