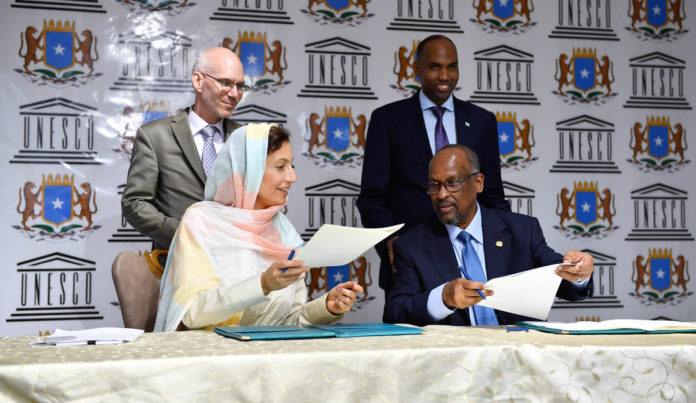 Mogadishu, 11 February 2020 – Somalia and the United Nations culture and education agency today signed an agreement aimed at strengthening efforts to preserve the country’s cultural heritage and improve its educational sector.

“Culture and education are vital for the country’s future. After years of conflict, they are vital to the human dimension of recovery, of peacebuilding, of sustainability,” said the Director-General of the UN Educational, Scientific and Cultural Organization (UNESCO), Audrey Azoulay.

“And I am very happy that we have been discussing and opening this new chapter of cooperation,” she added, on the first-ever visit of a UNESCO head to the Horn of Africa country.

The UN official was speaking at a press encounter the capital, Mogadishu, in the wake of the signing of a memorandum of understanding on UNESCO-Somalia cooperation.

The memorandum will enable them to work together on reviving the culture sector in Somalia and enhancing the country’s education policies – the latter includes enrolling schoolchildren, with a specific focus on young girls, ensuring free and quality primary and secondary education, as well as making available open digital resources, including textbooks.

Somalia’s Federal Minister of Education, Culture and Higher Education, Abdullahi Godah Barre, signed the memorandum of understanding on behalf of the Federal Government of Somalia. At the press encounter, he noted Somalia’s long history of collaboration with UNESCO and added that the renewal of cooperation would profoundly impact education and culture in the country.

“UNESCO has not been present in Somalia, but historically, Somalia and UNESCO have a long history, and since our independence, we have collaborated on many fronts. Today, time has allowed us to reignite our relationship with UNESCO. That relationship will directly contribute to our lower and higher education as well as culture, science, and technology,” he said.

The Prime Minister of Somalia, Hassan Ali Khaire, and UN Secretary-General’s Special Representative for Somalia, James Swan, witnessed the signing of the memorandum.

After decades of conflict, Somalia has been rebuilding its educational sector. However, despite encouraging developments, there are still considerable gaps in access to quality education and learning for children and adolescents. These gaps are rooted in the country’s protracted conflict, which has reinforced vulnerabilities, including poverty and economic disadvantages, which are impacting on children’s access to early learning, basic education and skills training opportunities. Of the approximately five million school-aged children in Somalia, more than three million children are out of school. The national education retention rate of primary education stands at 64 per cent.

“I know that the challenges are huge and how difficult the situation can sometimes seem. But I have great hopes because of this renewed investment in culture and education,” Ms. Azoulay said.

“And in terms of education,” she continued, “we have identified how we could support the growing investment that the government puts in education, to reach out to all those children that are not at school and should be at school, to use also the potential of digital technology so that we can progress on our common objectives on education.”

Somalia’s ninth National Development Plan, covering the 2020-24 period, lists education as a key sector that is vital for the country’s prosperity and progress, and its authorities aim to “phase in free and compulsory access to primary education a grade/year at a time until is it universally achieved by 2030.”

The United Nations in Somalia has been supporting the Federal Government in the education sector for a number of years. This includes the completion of an Education Sector Strategic Plan, the launch of a new education curriculum for primary schools across the country, the conduct of national examinations across Somalia, and the successful completion of the Joint Review of the Education Sector in Mogadishu.

In addition, the UN in Somalia strongly advocates for increased funding of the education sector in Somalia to ensure education is accessible to all communities.

While in Mogadishu, the UNESCO chief also visited the country’s National Museum, a landmark location established in 1933 but destroyed during the country’s civil war which began in 1991. The venue has been undergoing reconstruction and is expected to re-open in the near future.

Ms. Azoulay recognized Somalia’s renewed commitment to multilateralism, as evidenced by its promulgation of UNESCO’s cultural conventions today. The conventions ratified are the 1972 World Heritage Convention and the 2003 Convention for the Safeguarding of the Intangible Cultural Heritage.

In the area of culture, the memorandum of understanding foresees professional capacity-building and training, especially for museum administrators and archivists. UNESCO will also accompany the country in the rehabilitation of three important cultural sites: the National Theatre, Museum and Library. 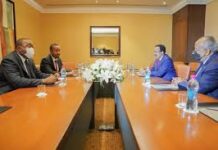 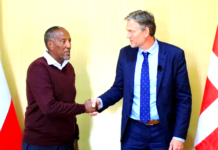 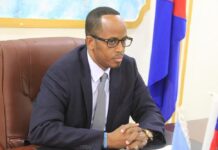